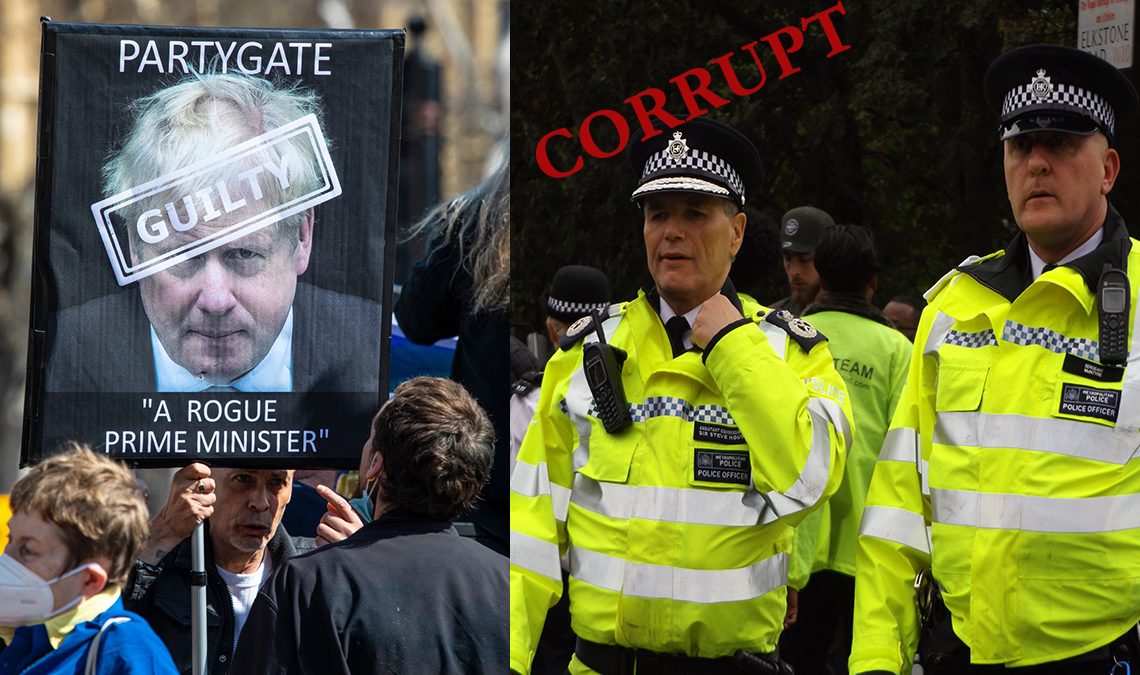 Operation Hillman – Boris Johnson and his wife committed the offences on 6 counts. They were to have been fined £37,600 instead they were fined £200 each – Outrageous

Operation Hillman is aptly named, was it pre-planned, keeping Boris Johnson’s offending “behind the hill”?

In any event, the sham investigation by the systemically corrupt Met Police certainly proved to the public that they are over it. An abuse of the public trust. Policing by consent, who consents?

On 25 January 2022 Operation Hillman got underway with a team of twelve detectives working through 345 documents, including emails, door logs, diary entries and witness statements, 510 photographs and CCTV images and 204 questionnaires. On 19th May 2022 Met Police announced conclusion of their investigation, at a cost to the taxpayer of over £460,000.

On announcing conclusion of the investigation, Deputy Commissioner Helen Ball commented that:

“Our investigation was thorough and impartial and was completed as quickly as we could, given the amount of information that needed to be reviewed and the importance of ensuring that we had strong evidence for each FPN referral”

In our previous article we listed the gatherings attended by Johnson that were in breach of a direction under Schedule 22, Part 2 of the Coronavirus Act 2020 constituting a criminal offence.

The Met Police mooted investigation (cover up) was so “thorough and impartial” that they evaded the fact that Johnson is proven to have committed offences on at least six counts, along with his wife and that they were jointly subject to FPN fines of £37,600. Instead, they were both fined just £200 and provided impunity for 5 of the 6 offences they committed.

The fact is that just two investigators from Intelligence UK International could have completed the investigation to a far higher and conclusive standard in a week to 10-days.

On 15th May 2020 during the first lockdown Johnson and his wife were pictured at the cheese and wine party where no less than 17 attendees were present, including Matt Hancock, the Health Minister himself.

FPNs for gatherings of more than 15 people are subject to a minimum fine of £400 if paid within 14-days, or £800 thereafter. The level of fine doubles for each subsequent offence to a maximum of £6,400 per offence.

This morning, 23rd May 2022 we wrote to Temporary Commissioner Sir Steve House setting out substantive allegations that Met Police are over the hill in relation to their Operation Hillman investigation.

We are giving Met Police the opportunity to investigate themselves. We will publish their responses in the public interest.

Worth reading...
Partygate turns Jailgate – Perverting the course of justice
error: Alert: All our content is protected - You are prohibited from copying !