Insolvency set off – A statutory duty without exception 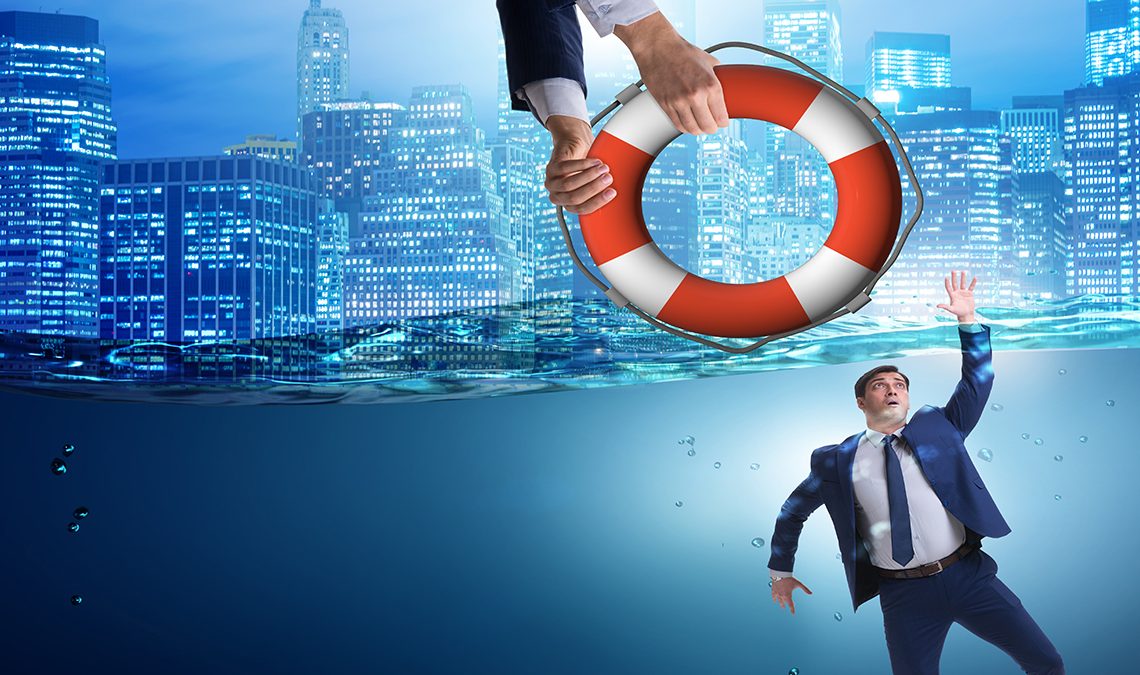 The legal duty of the insolvency courts to apply insolvency set off in all insolvency proceedings is mandatory and is said to be self-executing. Failure to apply set off when there are cross claims arising between a creditor and alleged bankrupt renders the proceeding fundamentally defective and void from the outset. Insolvency set off.

Wilful failure to administer the law constitutes misconduct in public office by the judicial office holder responsible. The primary function of the judges is to administer the law and yet under this Tory administration many deliberately fail, grossly abusing the trust the public places in them.

Knowing your rights in law is the difference between sink and swim. This article throws the lifeline to anyone facing insolvency issues and ultimately that lifeline is the law.

Insolvency is the method of choice for unscrupulous corporations, councils, lawyers, insolvency practitioners and the judges they often collude with to asset strip, to defraud and to take away one’s constitutional rights, disabling their opposition through foul play. Bresco Judgment, Supreme Court. Insolvency set off.

Insolvency law is being abused on a wholesale basis throughout the UK and too often we are seeing bankruptcy / corporate insolvency being weaponised as a tool to take away the victim’s standing, effectually perverting the course of justice, subverting a genuine claim that the victim has against an alleged creditor by bankrupting / making the victim insolvent so that their right of action / claim for restitution vests in the insolvency practitioner, rather than the victim. Duty to set off claims in insolvency.

It is our view that the insolvency sector is a hotbed of corruption, yet it is also our view, being experts in the field, that the legal framework to prevent abuse within the Insolvency Act 1986 and the Insolvency (England & Wales) Rules 2016 is the most comprehensive set of insolvency laws in the world.

It is not the laws that are at fault, but rather the administration and this starts, literally where it starts, in the courts, prior to making a judicial decision in respect of the bankruptcy / winding up petition.

Knowledge is power and this article is designed to radiate ours to stop this racketeering and to restore the rule of law to prevent our people and their businesses falling fowl to delinquent judges who collude with fellow amoral insolvency focused white-collar criminals to destroy people’s livelihoods.

The law is, after all, designed to grant democratic rights to the people to protect them from abuse and to safeguard their assets. The rule of law is a birthright gift of all men and women, it is a right that we must all make use of, stand up for and defend. Insolvency set off. Bankruptcy set off. Bresco Judgment Supreme Court.

The legal duty to apply insolvency set off in bankruptcy proceedings

Section 323 of the Insolvency Act 1986 provides the mandatory duty on all insolvency courts to apply accounting set off:

(4) Only the balance (if any) of the account taken under subsection (2) is provable as a bankruptcy debt or, as the case may be, to be paid to the trustee as part of the bankrupt’s estate.

Rule 14.25 of the Insolvency (England & Wales) Rules 2016 is statute that provides a similar scheme of the law as that of s.323 of the Insolvency Act 1986 placing the same mandatory legal duty on the courts to apply accounting set off where there are mutual dealings between a creditor and the company, or a creditor claiming to prove in the insolvency or to ride off the back of a winding up petition. For clarity, the rule applies to all claims being proven and not just the petitioning creditor’s claim.

Winding up: mutual dealings and set-off

(1) This rule applies in a winding up where, before the company goes into liquidation, there have been mutual dealings between the company and a creditor of the company proving or claiming to prove for a debt in the liquidation.

(3) If there is a balance owed to the creditor then only that balance is provable in the winding up.

(4) If there is a balance owed to the company then that must be paid to the liquidator as part of the assets.

The rule of law comprises constitutional law, statutory law (the enactments / Acts of Parliament) and case law. In respect of the mandatory legal duty to apply insolvency set off, both say the same thing.

In Bresco Electrical Services Ltd (in Liquidation) v Michael J Lonsdale (Electrical) Ltd [2020] UKSC 25 the Supreme Court affirmed that the legal duty of the courts to apply insolvency set off is mandatory and is considered an automatic right. Bresco Judgment Supreme Court. Insolvency set off.

At paragraph 1 of the judgment, Briggs LJ said this, which applies likewise in respect of all insolvency proceedings: Insolvency set off. Bresco Judgment.

“Rules made under the Insolvency Act 1986 (now rule 14.25 of the Insolvency (England and Wales) Rules 2016 (SI 2016/1024)) (“the IR”) make provision for automatic set-off of cross-claims between a company in liquidation and each of its creditors, giving rise to a single net balance between them, to be ascertained by the taking of an account.“

Paragraph 27 of the judgment:

“The special rules as to set-off in the context of insolvency (usually labelled “insolvency set-off”) form a small but important part of the wider statutory insolvency code, which is directed to ensuring that the assets of an insolvent person (individual or company) are first collected in and then distributed mainly pari passu among those with relevant claims of the same priority. Speaking generally, those objectives are served by the imposition of substantial restraints upon what creditors might otherwise be able to do by way of enforcing their rights. These restraints serve both to optimise the collection and realisation of the insolvent person’s assets and to prevent a free for all among the creditors in seeking to get their hands on them. By contrast there are, unsurprisingly, few corresponding restraints upon the enforcement of the insolvent person’s rights by the relevant office-holder. In what follows I will concentrate on corporate insolvency, and therefore refer to the insolvent person as “the company”. Although substantially the same scheme governs the insolvency process in both liquidation (voluntary or compulsory) and in a distributing administration, I will refer for present purposes to the office-holder as the liquidator“

Insolvency set off applies to “ every type of pre-liquidation mutual dealing, and also to secured, contingent and future debts“

Paragraph 29 of the judgment:

“The legal and equitable rules for asserting set-off as a defence to the company’s claim by no means encompass every type of cross-claim, in relation to current, contingent and future liabilities. But the statutory regime for set-off in insolvency, now to be found in IR 14.25 operates upon an altogether more comprehensive and rigorous basis. First, it applies to every type of pre-liquidation mutual dealing, and also to secured, contingent and future debts: see IR 14.25(1), (2), (6) and (7). Secondly, whereas legal or equitable set-off is essentially optional, taking effect only if the cross-claim is pleaded as a defence to the claim, insolvency set-off is mandatory, and takes effect upon the commencement of the insolvency (the “cut-off date”). It is said to be self-executing, and for some purposes the original cross-claims are replaced by a single claim for the balance: see IR 14.25(3) and (4). Thus the separate cross-claims may no longer be assigned after the cut-off date: see Stein v Blake [1996] AC 243. But the separate claims may survive for other purposes: see Wight v Eckhardt Marine GmbH [2003] UKPC 37; [2004] 1 AC 147, paras 26-27 per Lord Hoffmann. One example is the balance of contingent or prospective claims under IR 14.25(5). Within the liquidation, a net balance owing to the creditor must be pursued by proof of debt in the ordinary way. The liquidator is entitled to be paid the full amount of any net balance owing by the creditor, and may exercise any available remedies for its quantification and recovery, including litigation, arbitration or ADR: see IR 14.25(4) and (5).”

Insolvency set off – Supreme Court confirms that “if any of the claims and cross-claims are in dispute, then those disputes will need first to be resolved“

Paragraph 30 of the judgment emphasizes a very important point insofar as set off applies to all cross claims arising from mutual dealings between a creditor and a company / alleged bankrupt, even if the cross claim is disputed:

In Anisminic Ltd v Foreign Compensation Commission [1969] 2 A.C. 147 the House of Lords established the “collateral fact doctrine”, that any error of law made by a public body will make its decision a nullity. Likewise, any failure by the court to apply mandatory insolvency set off when there are claims arising from mutual dealings constitutes a fundamental and irredeemable defect to the insolvency proceeding, committing the order as being a nullity.

Everything founded by the nullity is void ab initio (there is no real order of the court) and it is one’s constitutional right, ex debito justitiae (by obligation of justice) to have the void insolvency order set aside.

It is worth noting, for clarity that statute determines that only after application of insolvency set off, if there is a remaining single net balance owed, can a creditor then go on to prove in the insolvency.

It is our view that the correct administration of this law and rightful enforcement of one’s rights granted by it, will close the loophole that currently exists, preventing creditors from spuriously claiming to be creditors to obtain pecuniary interest by deception when they have no right to do so.

If you or anyone you know are facing insolvency issues, get in touch today to find out how we can help.

Set aside a court order or judgment - Is it void, fraud or voidable?

Judicial bias and how to recuse a judge who is biased

Worth reading...
Corrupt Met Police impunity for Tory law breakers
error: Alert: All our content is protected - You are prohibited from copying !