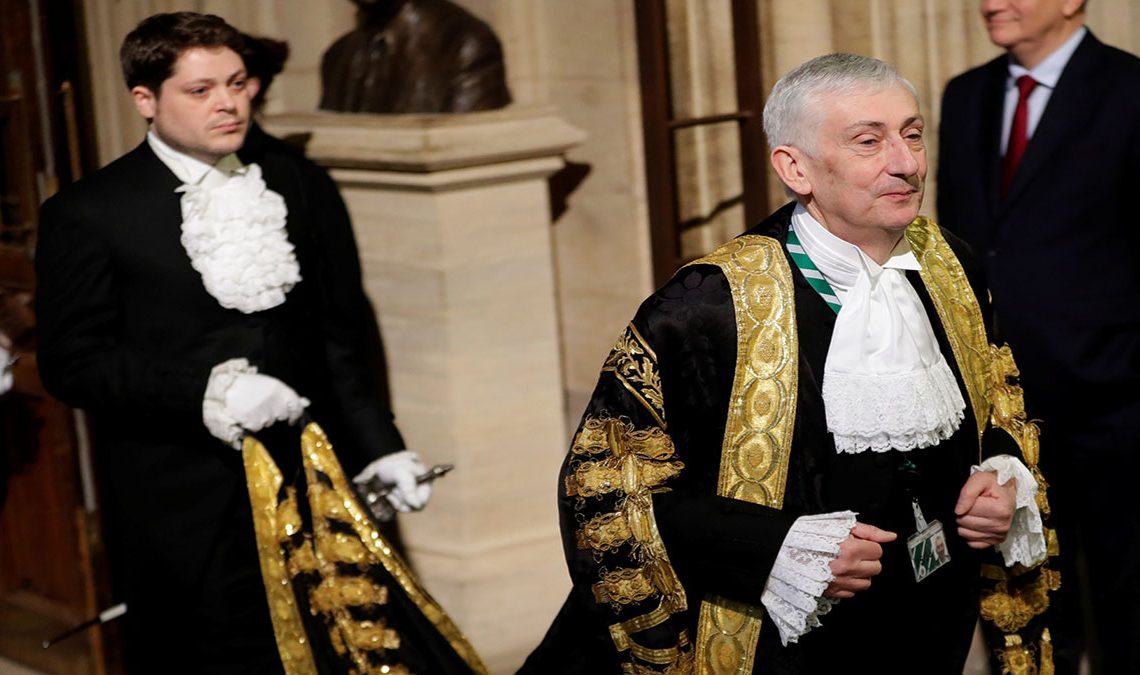 All ministers are to be held accountable to Parliament for their actions. They must “account, and be held to account, for the policies, decisions and actions of their departments and agencies”. Likewise, the departments and the ministers must act according to the Nolan Principles, the 7-principles of public life with a duty to provide public transparency over their decisions and accountability for their actions.

With this corrupt Tory government, that has not been happening, because, in reality, they have an awful lot to hide. Capitalist cronyism, insider dealing, embezzlement, dishonesty, impunity and concealment is order of the day.

“It’s not just us that are saying it, even the House of Lords and some of most senior officials are onto it“

The ones that are not part of the racketeering network are anyway. On 19th April 2021, during the Financial Services Bill debate in The Lords it was said that:

Lord Sikka: “It is clear that the Bank of England, the Treasury and the regulator colluded to protect a bank engaged in criminal conduct”

The Lord Bishop of St Albans: “We are facing a real crisis of trust in public bodies at the moment”

Baroness Bennett of Manor Castle: “Action is needed – I said to them that the City of London was one of the global centres of corruption”

Lord Sikka: “What kind of Government protect criminal organisations and wrongdoers? What kind of democracy do we have when such interventions are not explained to Parliament and the people? One of our greatest failures is to not develop durable institutional structures, effective laws and enforcement, and a major reason for this is that many frauds and abuses are simply covered up”.

Whilst, in his bombshell speech, Lord Sikka referred to the findings of Anthony Stansfeld, Police & Crime Commissioner for Thames Valley:

On 30 May 2017, the commissioner wrote the former Prime Minister, Theresa May, saying: “There is a serious problem with bank governance, which appears to be corrupt at the highest level in a number of our major banks. The governance system itself is being run by those most involved in cover ups and corrupt practices. For instance, the senior partner of the audit company that failed, either through incompetence or complicity, to notice a £1 billion fraud within HBOS is now Chairman of the Financial Conduct Authority, and the Chairman of the bank when much of this was covered up is now Chairman of the Financial Reporting Council.”

On 12 June 2017, Sir Jeremy Heywood replied from the Cabinet Office on behalf of the Prime Minister, citing that: “Given the extremely serious nature of your allegations, I will keep a close eye on this matter, and would be happy to meet you if you would find it useful.” The commissioner wanted to meet Sir Jeremy, and said so on 19 June 2017, but did not hear anything, so he sent a reminder on 27 June 2017, saying: “I would like to meet with you if possible to show you some of the compelling evidence”.

Sir Jeremy Heywood subsequently declined to meet the police and crime commissioner. Our evidence against the ministers of both the Cabinet Office and BEIS takes things to a whole new level, proving they are wilfully concealing criminal fraud and acts of corruption whilst harboring the offenders in public office.

Our article of 27th April talked about how BEIS and Cabinet Office have been concealing fraud and corrupt practices within the Insolvency Service, who have been defrauding creditors they purport to act in the interests of. Minister Callanan (Lord Callanan), Parliamentary under Secretary of State for BEIS read our concise email proving the fraud “459 times between 12th February 2021 and 26th March 2021“. The ministerial department has been concealing and evidence of dishonesty and corruption by Insolvency Service office-holders since October 2017.

On 12th February 2021 we served our Ministerial Briefing Report, asking the ministers and their departmental heads to join a Zoom conference between our CEO, Paul Millinder, Anthony Stansfeld, the Police and Crime Commissioner for Thames Valley and Michelle Young, a campaigner for justice who all fell foul to shocking corruption. None of the ministers had the courtesy to attend the Zoom call, for reasons far more sinister.

Michelle’s former husband, Scot Young was killed in highly suspicious circumstances after Scot “placed his trust in the wrong parties“, to conceal his vast wealth during divorce proceedings, leading to his vast estate, estimated to be valued at around £4 billion, being pilfered by unscrupulous lawyers and insolvency practitioners.

Michelle, who was requisite majority creditor of Scot’s estate, found herself being bankrupted by the Joint Trustees who were tasked with recovering assets, but failed altogether to do so.

The common synergy in the cases addressed in the report is that fraudulent activity is being used to deprive creditors of their democratic rights to obtain pecuniary interest by deception.

We deployed sophisticated tracking software to prove that the ministers had read the report and the associated emails, but they were deliberately concealing.

We wanted to find out what the ministers and their departments actually doing about this outrageous corruption, so we made a request for information under the Freedom of Information Act 2000.

BEIS, the Insolvency Service and the Cabinet Office all refused the request to disclose internal communications that would have shown what the public authorities and their ministers are doing to address this very serious issue.

They affronted the law when they are sworn into office to act “according to law“. Undoubtedly, they all know that concealing fraud and corruption is illegal.

The issue is, that the concealment, fraud and corruption runs much deeper, throughout all the regulatory authorities, ministerial departments, courts and police.

The UK is the economic crime capital of the world and the establishment’s cover ups are ingrained, it comes naturally.

In Mr Speaker, Sir Lindsay Hoyle, the people may stand a chance yet of holding the corrupt establishment to account in Parliament. Last Thursday, 29th April, David Davis MP raised a letter of complaint as to “the government departments not meeting the guidelines for name day questions“, citing that “for the last year they have resisted adamantly all freedom of information requests about that subject“. Mr Davis went on to request from Mr Speaker “House authority about meeting these guidelines, so our attempts to hold them to account are more effective“. Watch the 2-minute and 8 second video of Mr Speaker blasting Tory ministers for the conduct.

We invited Minister Sharma, the Secretary of State for BEIS, Minister Callanan, Michael Gove, Lord Agnew and Dean Beale, CEO of the Insolvency Service for comment on this article to explain why they are concealing these matters which are in the public interest to expose and resolve. We shall post their feedback in the next update.

Worth reading...
BEIS and the Cabinet concealing corruption and refusing disclosure
error: Alert: All our content is protected - You are prohibited from copying !