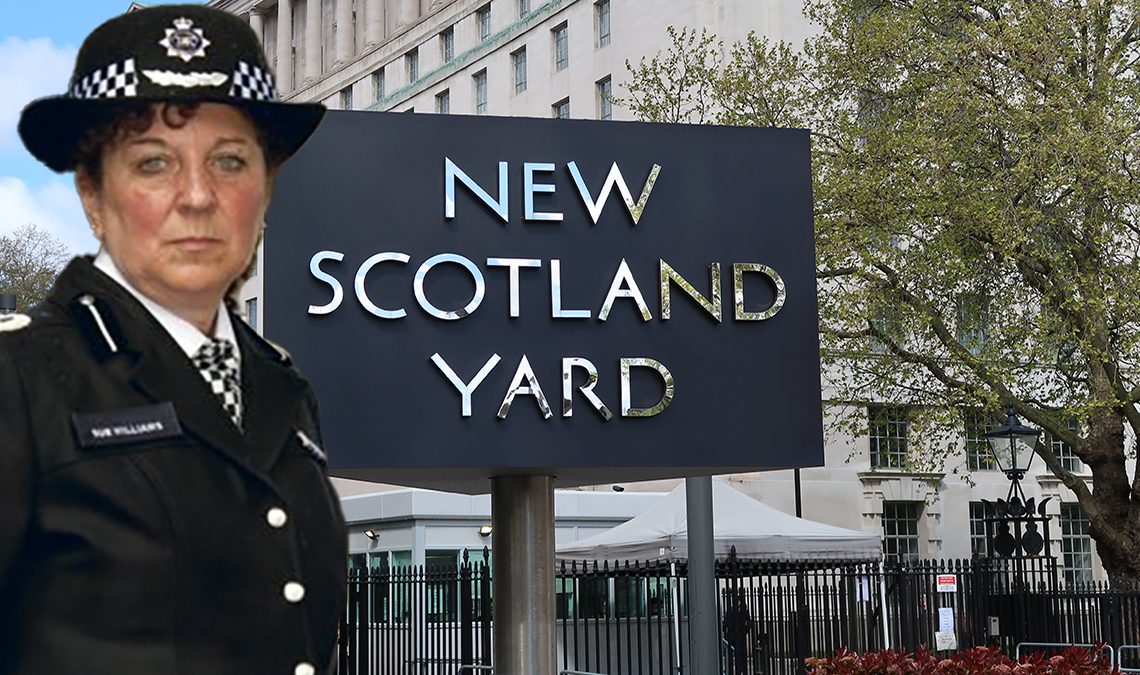 Met Police deliberately fail to police in the public interest, making “justice subject to status”, abusing their positions to provide impunity to criminals in public, judicial and ministerial office in detriment to the public interest. They are funded by you, the taxpayer. Policing by consent? Met police corruption.

Certain particulars that have already been suppressed in the civil case and contents of this email will made public in an article which is being released today.    You had best follow this carefully.   You have a duty to act to apprehend offenders and to prevent crime.  You have a duty to act in accord with the Nolan Principles.   You won the Queen’s medal for your duties in policing and you are responsible for the operations of the Met Police.

The return report enclosed below is from our sophisticated email tracking system confirming that you have duty read the email proving that lawyers and the purported judges have committed indictable only offences.  I had set out the offences with incontrovertible detail, synergising the 22 offences that XXXREDACTED (the Official XXXREDACTED) is proven to have committed (those offences conferred in Schedule 10 of the Insolvency Act 1986) with the originating driving points offence in Huhne, Briscoe & Pryce (2014) (watch the video) when all were jailed for perverting the course of justice.  It is simple, proven but very effective. The course of public justice commenced on 09/01/2017 and at all times thereafter, each and all of the purported judges have acted with favour and ill-will, in conspiracy to pervert the course of justice.

(There are more, as you know).

The reason our once great country is in such a mess is due to systemic corruption coming from the highest echelons of government down.  In short, the regulators wilfully fail to regulate, the police have become “soldiers to the kleptocracy”, making “justice subject to status”, providing impunity to all members of the systemic corruption collective organisational structure, and the judges are oath violating, politically controlled criminal racketeers who wilfully fail to administer the rule of law to assist fellow amoral lawyers and insolvency practitioners in using the courts to asset strip the people and their businesses.  My own case is the classic example.

The Promissory Oaths Act 1868:   Is statutory law, the one primary law which is designed to regulate the conduct of the judiciary.  If a judge acts with “favour and illwill” contrary to the law, then law commits them to have vitiated their constitutional oath of office, which they can only retain whilst on good behaviour. In other words, a judge that breaches his oath, in the way that all the criminals purporting to be judges have in the present case, they are no longer judges.   The law is not administered, so that criminals, purporting to be judges can go on terrorising innocent civilians in the name of justice and law, whilst the corrupt establishment they work for, promotes them for following their orders.

The rule of law:   Comprises of constitutional law (the written and unwritten constitutional principles), statutory law, both civil and criminal, and case law, the latter of which is ever evolving.  In this case, all have been wilfully violated.

Misconduct in public office:  Is an indictable only offence commissioned when a public office holder wilfully neglects to perform on their obligations in office to such a degree as to constitute abuse of the public trust.

Perverting the course of justice:  Is an indictable only offence commissioned when the offender does an act or series of acts, when the course of public justice has commenced (whether that course be civil or criminal justice) that are intended to interfere with, or to otherwise obstruct or impede the proper administration of a course of justice, to prevent justice being served on either that person, or others.

Section 26 of the Criminal Justice & Courts Act 2015 – Corrupt or improper exercise of police powers & privileges: Is an indictable only offence, punishable by up to 14-years imprisonment, is commissioned when a police constable or one of successive superior office:    (a) exercises the powers and privileges of a constable improperly, and (b) knows or ought to know that the exercise is improper.

Undoubdtely, knowing that the purported judges and lawyers in this case have conspired to pervert the course of justice and that they are all guilty of misconduct in public office, does, indisputably constitute the actus reus of the offence.

There is overwhelming public interest in apprehending and prosecuting the offenders.   I am a widely experienced litigator with skillsets that rival most High Court Judges (even by admission of Vos, the criminal who heads up the civil injustice system for England & Wales).  My submissions and the evidence I have presented is irrefutable.

I am asking you, where is the crime reference and why have you failed in all this time to apprehend the offenders when you know these most serious offences have been committed?    I invite you to provide comment, by return, and by 1PM GMT at the absolute outside.  Failure to do so will result in the article being published disclosing the fact that you have wilfully failed to comment after being presented with these incontrovertible facts.

The malfeasance / wilful failure of officers under the Crown to perform on their duties has diminished British constitutional principles and the rule of law.   See attached.

I do hope to hear from you by return.

Commander Sue Williams of the Met Police failed to comment as requested. Help us to help you, like, comment and share far and wide. There is a cure for corruption and that is, transparency.

Worth reading...
Americans kidnapped by HM Customs at Gatwick Airport
error: Alert: All our content is protected - You are prohibited from copying !