Judgment against a Judge – HHJ Watkins is ruled against 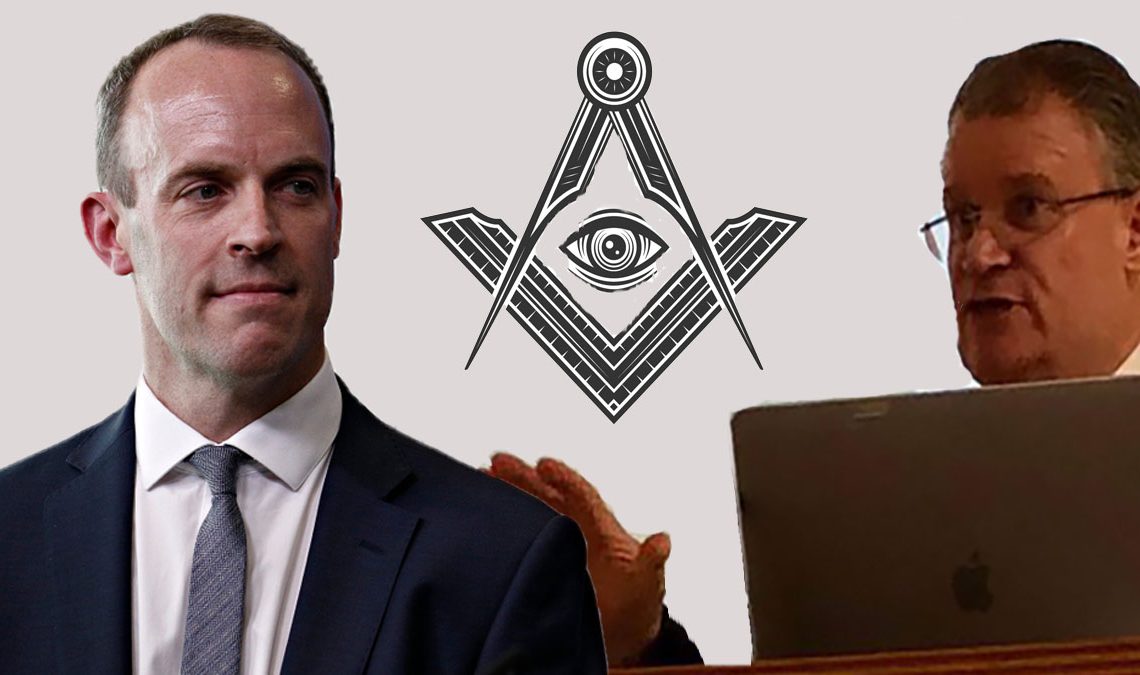 Sian Gissing, the tenacious fighter for justice in the corrupt Family Courts announces her judgment against a judge, well in fact, on a technical note, not really a judge, for judges who breach their oaths are not judges at all. The law is designed to work that way. We believe the Court issuing judgment recognised that. Judges who breach their oaths are not immune from prosecution.

Precis – Judgment against a judge & Raab the traitor

After a biased battle in the corrupt Bristol Family Court and with all odds stacked against, Sian Gissing scored against the not so independent referee himself, landing a judgment against Judge Miles Watkins, but only after Dominic Raab covered up for him.

Judge Watkins had set up a fake court proceeding in Bristol Family Court to assist his fellow brethren, Sian’s former husband and freemason, Gerard McMeel QC, a professor of law who had been telling porkies and withholding information from the court in breach of his legal duty to have disclosed (committing fraud).

In the video Gerard McMeel QC is captured signing the safeguarding agreement undertaking not to drink or to act aggressively around their children.

Judge Watkins was concealing the proven fraud in abuse of his powers, he created a case that never even existed to do so. In breach of his judicial oath, Watkins acted with favour and ill-will to achieve a benefit for his fellow brethren and detriment to Sian, victim of his abuse.

It is the duty of the Lord Chancellor and the Lord Chief Justice to ensure judicial independence and to discipline the judiciary, yet they deliberately fail to to so, a gross dereliction of duty constituting the offence of misconduct / breach of duty / corruption in public office.

All those with a responsibility for the courts, judges and justice system have a legal duty in S.3 of the Constitutional Reform Act 2005 to “maintain the continued independence of the judiciary“. This article proves that this Tory criminal racketeering enterprise does precisely the opposite.

The one law conferred in the Promissory Oaths Act 1868 designed to protect the public from tyranny and abuse of powers by judicial office holders is affronted by the two office holders (Raab and Burnett) who are paid by the taxpayer to ensure that judges behave in a constitutionally proper way. It is a sham and an outright abuse of the public trust.

On 8th October 2021 at 13.52PM Intelligence UK International wrote to Judge Watkins setting out the position:

“In absence of hearing the recusal application, it was ultra vires (beyond any judge’s powers) to continue presiding over the case of which he is being recused from. Page 1 of the application notice cites that that application is to: “Set aside the orders made by DJ Watkins and to recuse DJ Watkins from the case and to have a properly constituted trial of the issues”

“It was beyond your powers to continue presiding over the case, your order is void as ultra vires and there is no real order of the court. Furthermore, we allege that you have perverted the course of justice, acting to prevent fellow freemason criminal racketeers who use the courts to defraud, from prosecution. Judges who breach their oaths in this way, are not excused from criminal prosecution, the doctrine of judicial immunity does not apply“

Bristol County Court responded to our email, with Watkins instructing that it be circulated to the parties;

Our complaint to Dr Liam Fox the corrupt Tory MP

Intelligence UK, acting on behalf of Sian made a complaint to Dr Liam Fox, her constituency MP. Here’s the internal email sent by Fox to Raab, the Lord Chancellor with overall responsibility for judicial discipline and ensuring judicial independence:

On the 30th December 2021 Dominic Raab responded stating he would not intervene, but he already did

Raab stated he was unable to intervene, which defeats the entire purpose and function of the Lord Chancellor in his duty to discipline the judiciary knowing that Judge Watkins had deliberately compromised his independence. Both Watkins and Raab have breached their oaths.

Dominic Raab did however intervene, he promoted Watkins to a HHJ circuit judge courtesy of you, the taxpayer and shifted him to a different court

These delinquent Tory traitors have been promoting corrupt members of the judiciary for following their orders. A typical trait of systemic corruption, compliance is rewarded. Effectual bribery, courtesy of you, the taxpayer. Letters of thanks to Dominic Raab, the corrupt quisling Lord Chancellor?

The tenacious Sian, a fighter for justice made a data subject access request only to discover that no formal court proceedings were ever effected in Bristol Family Court, meaning that Judge Watkins was acting in excess of his jurisdiction, knowing he had no jurisdiction to do it. This led to the damages claim against Watkins.

Judges who knowingly act outside of their jurisdiction are afforded no protection by judicial immunity (See: Sirros v Moore 1974 QB), so, in a ground breaking move, Sian want ahead and sued Watkins for damages.

Although Watkins received the claim form, he failed to respond whatsoever. He was bang to rights, caught red handed, up the creek without a paddle.

The particulars of claim stated:

“The Defendant created a virtual link via Microsoft Teams to hold a 12-minute virtual hearing without my consent, ex-parte and without my presence. He has defrauded me“

On 8th June 2022, after the corrupt freemason judge, Miles Watkins formerly District Judge Watkins of Bristol Civil Justice Centre and since promoted to “His Honour” by the quisling, Dominic Raab, Sian Gissing was awarded judgment in default against Watkins in the sum of £12,510 in damages.

We have asked Myles Watkins, the Ministry of Justice and Dominic Raab for comment on this article and we shall publish any responses in the following sequel.

Worth reading...
UK corruption: Putin’s dirty secret
error: Alert: All our content is protected - You are prohibited from copying !