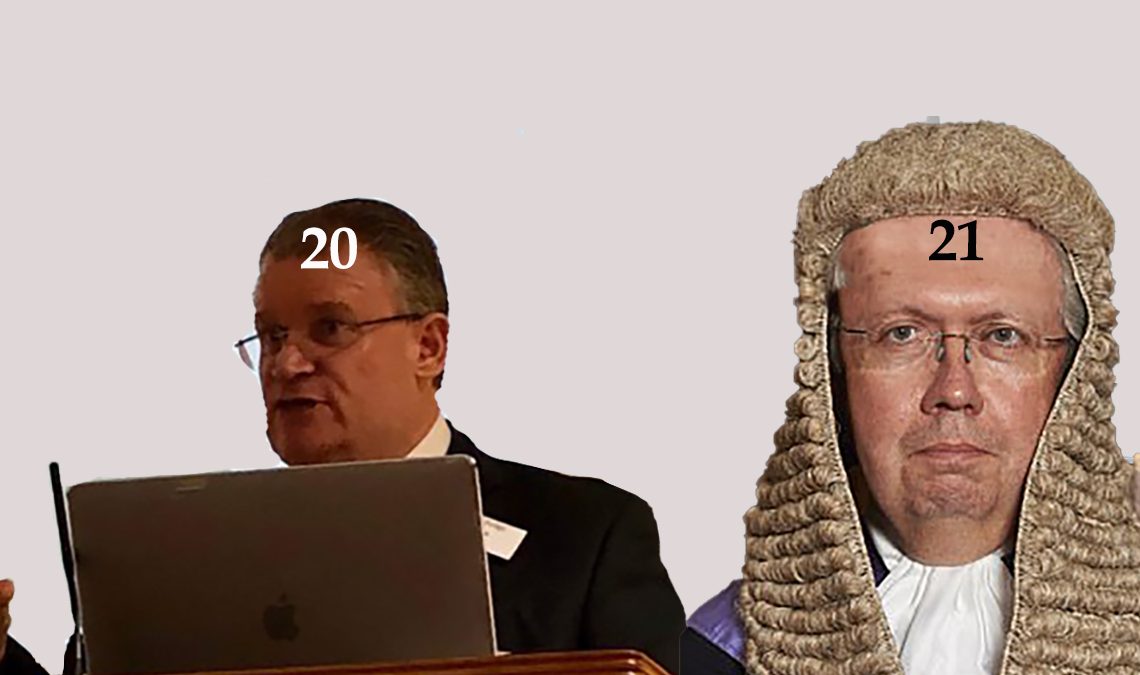 District Judge Myles Watkins of Bristol County Court and HHJ Martin Dancey, the judge in charge of the family court in the Dorset region have today been added to our Judicial Hall of Shame after our investigation revealed that both of these tyrants have acted with favour and ill-will, breaching their judicial oaths torturing many innocent victims in the name of justice.

If you happen to get a case listed before Judge Myles Watkins or HHJ Martin Dancey, AKA Martin Alan Gordon Dancey of Dorset / Bournemouth Combined Court centre bear in mind that they are not judges, they have breached their oaths and in law, they have no jurisdiction to preside over any case. Any order they make is void and you should demand that these imposters are removed from your case at once. They have no right of audience.

Most disgracefully, Judge Martin Dancey made a double barreled order that he had no jurisdiction to make, in absence of having any valid claim form before him, to bankrupt two innocent victims of fraud.

HHJ Martin Dancey abused his position to make a gain and to cause a loss, whilst concealing criminal property the innocent family had been defrauded of.

District Judge Myles Watkins has been abusing his position as a family court judge, predating on innocent families who use the courts to seek justice.

Myles Watkins has been concealing fraud committed by his fellow freemason corrupt barrister, Gerard Patrick McMeel QC, a professor at law who acts as the go to barrister for the corrupt corporations who use the courts to defraud.

Professor Gerard McMeel QC is a personal acquaintance of Judge Myles Watkins and a close associate of another tyrant added to our judicial hall of shame, Mr Justice Marcus Smith.

The all time constitutional importance of the Promissory Oaths Act 1868 is being decimated by criminals such as Martin Dancey and Myles Watkins who abuse their positions of trust to defraud or tear families apart with their acts of malfeasance.

If you, or anyone you know has been affected by a corrupt judge, get in touch with us today, we may be able to help.

Worth reading...
Sir Geoffrey Vos the fraudster head of English civil justice
error: Alert: All our content is protected - You are prohibited from copying !