Johnny Depp another victim of the corrupt UK justice system 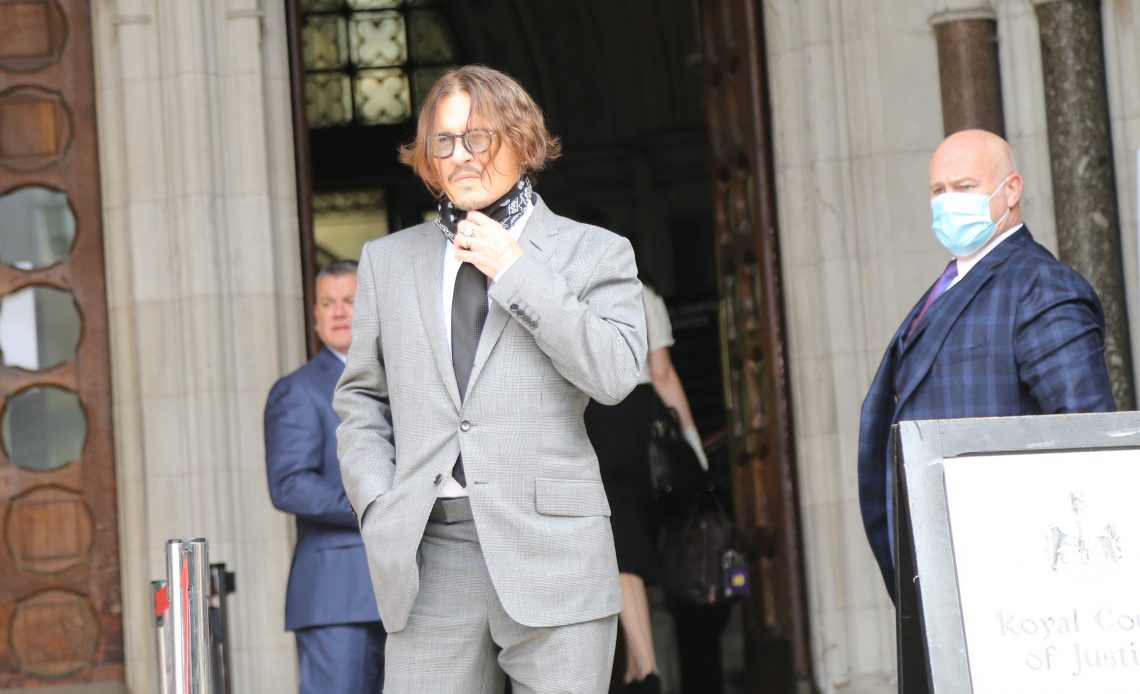 In our last article in May 2021 we reported on how Johnny Depp came to the UK to seek justice and was deprived of the right of a fair trial. A story all too familiar with many thousands who come to the courts in the UK to get justice, only to be served more injustice.

The USA courts are more focused on delivering justice. Earlier this week, on 17th August the Chief Judge in Fairfax, Virginia presiding over the Depp v Heard 2019 case dismissed Heard’s claim of res judicata (stating all matters had been tried in the UK), endorsing our view and citing in the 11-page pre-trial opinion that: “The Court is not persuaded by Defendant’s argument that Plaintiff had a full and fair opportunity to litigate the UK Action. Defendant was not a part in the UK action and was not treated as one”.

“In fact, Defendant could not have been a named defendant to the U.K. litigation because her allegedly defamatory statements were made after the U.K. action commenced” said Penney Azcarate, the judge presiding over the case.

After our intensive investigation, it is our view that the allegations by Heard and the assistance by the UK’s corrupt judiciary is nothing other than an elaborate fraud designed to discredit Johnny Depp (“JD”) whilst using the high profile allegations to drive traffic to The Sun newspaper.

An obvious conflict of interest

Let’s face it, the UK trial was a sham. The Judge, Andrew Nichol is intimately connected with Dan Wootton, The Sun’s journalist who posted the defamatory allegation that JD was a “wife beater”. The connection is through the Judge’s own son, Robert N Palmer, who works alongside Wootton at TalkRadio, part of the same group owned by Rupert Murdoch’s News Corp. Wootton, is a journalist and broadcaster from New Zealand, an executive editor of The Sun newspaper and a regular host of TalkRadio’s drivetime show. An incestuous conflict of interest, putting it mildly. Why, knowing of this conflict did Mr Justice Nichol preside over the case we ask? Why, in such a high profile case did the Lord Chief Justice allow Mr Justice Nichol to preside over the case, when any other judge could have done so? We believe the answers are naturally, self-revealing.

We went much further into the court papers and it is our view that all Nichol J was interested in is Heard’s evidence and submissions that would solidify The Sun’s defamatory allegation that the superstar was a “wife beater”. There was in fact, no such evidence whatsoever.

The central allegation by Heard was that on the evening of 21st May 2016 JD “violently” attacked her and in a rage had thrown a mobile phone at her face with “extreme force”. The resulting “evidence” of injury resulting from the mobile phone at Heard’s face was nothing other than what would resemble a mere zit and upon analysis of the various versions of the photographs of the alleged bruising, we conclude that many of the photos posted by the mainstream media are entirely inconsistent.

You can make up your own minds by reviewing the photos of the “injury” and how the purported bruising seems to migrate from a small zit on the left cheek to a black eye. Don’t just take our words for it, have a look at the photographs in the Daily Mail article on 27th May 2016. Even the Daily Mail hinted that something was obviously not right.

A 2016 mobile phone, taking into account the latest brands out in May, weighed between 140g and 200g. If thrown with “excessive force” as claimed by Heard, even if the flat side of the phone made first contact, there would be instant and significant bruising. Whereas, if the corner of the phone made contact with the upper left cheek bone or at the base of the eye, we would expect to see rapid and substantial swelling and blood redness from a periorbital haematoma. The photographs are entirely inconsistent with such blunt force injury.

The police officers at the scene, both domestic violence trained, saw no evidence of injury or damage to property, again, wholly inconsistent with Heard’s evidence and testimony by her witnesses. Officer Saenz, after conducting a sweep of the scene and meeting with Heard testified that “I did not identify her as a victim of domestic violence”.

There was an allegation that JD had given Heard two black eyes, claiming that JD assaulted her just one-day prior to appearing on the Late Late show on 16th December 2015. However, Samantha McMillen, JD’s long term make up artist testified that she spent “much of the afternoon and early evening” with Heard on 16th December 2015, doing her make up for appearance on James Corden’s show later that day.

Ms McMillen testified that she saw Heard “in good light and at close range, wearing no make- up” and that she “could see clearly that Ms Heard did not have any visible marks, bruises, cuts, or injuries”. Once again, witness testimony undermines Heard’s allegation of assault and once again, there is no evidence whatsoever to substantiate.

We provide analysis of the photos provided by Heard’s lawyers to substantiate the 15th December 2015 alleged attack:

It is our view that there is no conclusive evidence of any domestic violence whatsoever and the witness testimony from credible witnesses, including police officers is entirely inconsistent with the accounts given by Heard and her supporters. Our own analysis of the photographic evidence against the testimony leaves many unanswered questions.

Denial of the right to adduce fresh evidence on appeal

JD was denied the right to adduce fresh evidence in support of the fact that Heard’s evidence and testimony is false. Pursuant to CPR 52.21(2), the Court of Appeal will not generally consider oral evidence or evidence which was not before the lower court. In Hamid v Francis Bradshaw Partnership, Jackson LJ held that the default position under the CPR is that fresh evidence is excluded. However, that does not undermine the quality of JD’s fresh evidence, namely from the attending officer’s bodycam footage, which once again provides a completely different scenario than as portrayed in Heard’s evidence and testimony. In absence of the Court considering all evidence from both sides, the proceedings cannot possibly have been said to have been final, fair and concluded.

Summary of the proceedings

It was found however that Heard gave just £72,000 to the hospital and £322,000 to the ACLU, claiming that a further £358,000 donation to the Children’s Hospital was made anonymously. The finding was substantially different once again to Heard’s claim that the entire amount was donated and yet Mr Justice Nichol was not prepared to further drill down into the matter.

Acting for the Newspaper conglomerate, Adam Wolanski QC said that whether or not Ms Heard actually did donate these sums “was not a pleaded issue and the Judge was therefore not required to decide it“. We disagree, as demonstration that the statement made by Heard was false would have undermined her credibility as a witness and should have therefore given the fact finding tribunal cause to further investigate what we have herein demonstrated to be very dubious evidence and testimony.

Mr Justice Nicol concluded 12 of the 14 alleged incidents of domestic violence relied on by the newspaper did occur, yet the evidence and conflicting statements suggest otherwise.

The proceedings are mired in the usual spin of trickery and deceit that our group has seen so many times over in the way these UK judges operate, favouring the corrupt corporations and their regular magic circle law firm attendees. There is much more to this case than meets the eye. More will be revealed in our next article.