UK Human Rights Act reform and why we object 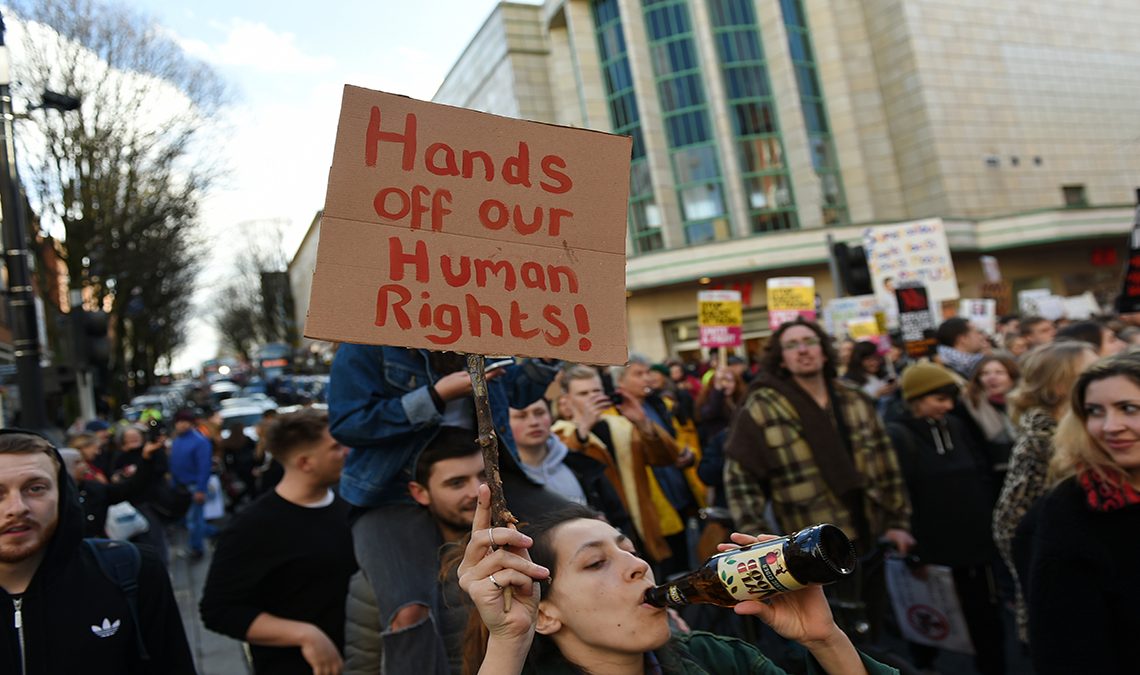 On behalf of the people of the United Kingdom, Intelligence UK International, a multi-disciplined private intelligence agency writes to formally oppose any amendment to the Human Rights Act 1998 on the grounds stated herein. Human Rights Act reform.

Ground 1: Human Rights must be universal

The Human Rights Act 1998 is effectually the United Kingdom’s carry over of the European Declaration of Human Rights. Those statutory laws are designed to ensure that E.U Member States uphold the universal human rights of which every man, woman and child worldwide is to be afforded before international law. Those rights are as conferred in the Articles of the Universal Declaration of Human Rights (“UDHR”) proclaimed by the United Nations General Assembly in Paris on 10 December 1948 (General Assembly resolution 217 A).

The UK State has an obligation in international law, to respect and to ensure that all civilians are afforded the fundamental human rights granted by the Articles of the UDHR.

Article 8 of the UDHR

Article 10 of the UDHR

The Courts of England and Wales suffer from political interference

In December 2020 the LCJ was forced to publicly testify that there is “Unprecedented political interference in courts” and that “There has been nothing quite like it in my experience”. Under the Tory governance, nothing since has been done to stop politicians interfering with judicial process.

Contrary to Article 10 of the UDHR, the State has failed to guarantee the fundamental right afforded to all citizens of a fair hearing or trial by independent tribunal. Political interference is a major issue. Issue estoppel applies respective of the Lord Chief Justice’s finding of unprecedented levels of political interference with courts. Human Rights Act reform.

Contrary to their legal duty conferred in section 3(1) of the Constitutional Reform Act 2005, the Lord Chancellor and all responsible for the justice system of England and Wales have broken the law and have acted contrary to the public interest. The law states that:

(1) The Lord Chancellor, other Ministers of the Crown and all with responsibility for matters relating to the judiciary or otherwise to the administration of justice must uphold the continued independence of the judiciary.

Ground 2: Contrary to the interests of justice

The proposal to prevent the European Court of Human Rights from acting as court of last resort for victims of human rights violations in the UK is an affront to the UDHR and is contrary to the interests of justice.

Where a civilian is deprived of his rights in law due to political or other third party intervention with the courts of England and Wales, the fundamental rights granted under the UDHR stand to be widely violated due to the proposal to prevent a constitutionally independent court specialising in human rights law from having the final say. Those actions are contrary to the principles of natural justice in upholding the doctrine of nemo debet esse judex in propria causa” (the rule against bias and being a judge of one’s own cause) and audi alteram partem (the right to be heard and that no one shall be condemned unheard). Human rights act reform UK.

The government does interfere in proceedings against it and in absence of the right of a party to take such issues to a constitutionally independent tribunal as last resort, the interests of justice and principles of the written Constitution are in jeopardy.

Ground 3 – Contrary to the public interest

All public officials must act at all times in the public interest. There has been no scrutiny of the overwhelming public interest in ensuring that justice is administered impartially and that the Articles of the UDHR are guaranteed to every civilian of the United Kingdom.

It is contrary to the public interest to prevent the European Court of Human Rights, a jurisdictionally and constitutionally independent specialist tribunal from being the court of last resort for such important issues affecting one’s fundamental human rights.

It is unlawful for government to violate constitutional separation of powers between the courts, judiciary and central government. This government has broken the law and has in other widely publicised matters demonstrated it has little, or no respect for the rule of law, nor of rules and ethical standards. As such, it is clearly and obviously contrary to the public interest to prevent a constitutionally independent specialist human rights court from having the final say, in particular when the majority of the UK’s judges allow their impartiality to be compromised in return for offers of promotions.

This Government have been promoting judges who follow their orders. A typical trait of systemic corruption, compliance is rewarded, and at the expense of the taxpayer, contrary to the public interest.
Conclusion:

On the grounds of the interests of justice and the overwhelming public interest the acts contemplated by preventing the European Court of Human Rights from adjudicating on human rights issues in the UK is unlawful and it is proven that this government have broken the law in respect of their duty to guarantee independence of the judiciary.

It is unlawful for the government to act contrary to the public interest and to affront international law and as such the proposal to amend the Human Rights Act 1998 must be scrapped.

Dominic Raab, the current Lord Chancellor, by his own admission, has no respect for human rights. We must not allow the tyranny destroy what was once great about Britain.

Please do your bit to create awareness by signing our petition, liking, commenting and sharing this article.

Please forward our letter to your MP and demand that they act in the public interest by objecting to reforms.

We will approve and publish suitable comments with this article.