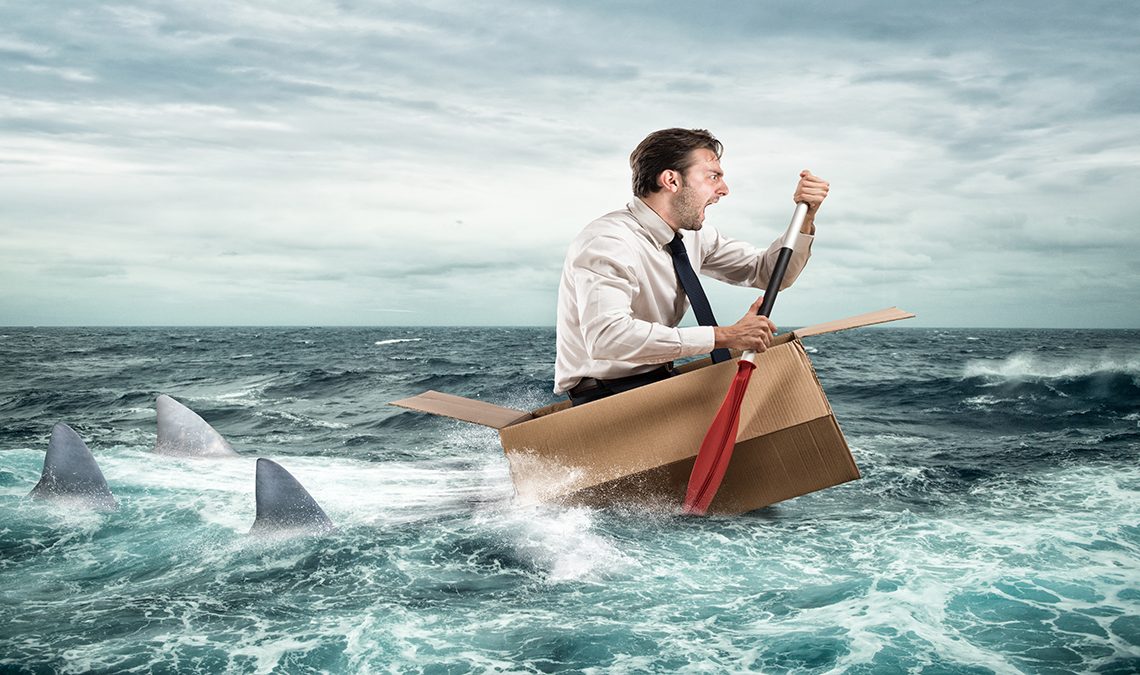 In the unregulated insolvency sector, breach of fiduciary duty by a liquidator, trustee or administrator is common speak, but what constitutes a breach and who is owed the duty?

Don’t hang around whilst the insolvency sharks and their lawyers devour estate, we are here to throw you a lifeline.

Breach of fiduciary duty by a trustee in bankruptcy

The first issue is that the fiduciary duty on the part of the trustee is the duty to creditors, the estate and to the general body of creditors, not the bankrupt.

“(1) Where on an application under this section the court is satisfied-
(a) that the trustee of a bankrupt’s estate has misapplied or retained, or became accountable for, any money or other property comprised in the bankrupt’s estate, or
(b) that a bankrupt’s estate has suffered any loss in consequence of any misfeasance or breach of fiduciary or other duty by a trustee in the carrying out of his functions the court may order the trustee, for the benefit of the estate, to repay, restore or account for money or other property (together with interest at such rate as the court thinks just) or, as the case may require, to pay such sum by way of compensation in respect of the misfeasance or breach of fiduciary or other duty as the court thinks just.

This is without prejudice to any liability arising apart from this section.
(2) An application under this section may be made by the official receiver, the Secretary of State, a creditor of the bankrupt or (whether or not there is, or is likely to be, a surplus for the purposes of section 330(5) (final distribution)) the bankrupt himself. But the leave of the court is required for the making of an application if it is to be made by the bankrupt or if it is to be made after the trustee has had his release under section 299.

In Oraki & Oraki v Bramston & Defty [2017] EWCA Civ 403 the Court of Appeal described the application under section 304 as presenting “some novel and difficult issues of law on, first, the duties, if any, owed by a trustee in bankruptcy to the bankrupt personally, as opposed to the bankruptcy estate of which he is trustee, and, second, if such duties exist, on the effect of a release under section 299 of the Insolvency Act of a trustee who has ceased to hold office.”

Proudman J in the High Court held that a trustee’s duty to a bankrupt were governed exclusively by section 304 of the Insolvency Act 1986 and that no duties are owed at common law to bankrupts. The Court of Appeal upheld that finding, going on to make some additional observations which provide a benchmark in all applications to challenge misfeasance of a trustee in bankruptcy.

Section 304 is “concerned with, and confined to, acts or omissions on the part of the trustee that have caused loss or damage to the estate” and therefore it was held that the duty is to the estate and not to the bankrupt personally”.

“An application under the section may be brought by any creditor, who will clearly have an interest in the proper administration of the estate. The bankrupt may only apply under the section with the leave of the court. This is a requirement designed to provide protection to trustees, although it is to be noted that the bankrupt may be given leave even though there is not, or is not likely to be, a surplus available for him”.

It should be noted therefore that whilst the fiduciary duty of care is not to the bankrupt, it does not preclude the bankrupt from bringing an application if the trustee has caused the estate, and, or the general body of creditors some loss through breach of that duty.

The Oraki claim was unsuccessful, as was said to have focused on the personal loss caused to the Orakis. It is our view that the judgment was unfair, and that the Court failed whatsoever to examine the true extent of the loss caused to the estate and the general body of creditors due to the trustees effectually keeping the bankruptcies alive, on a wholly improper basis, causing them to incur further excessive costs, in breach of their duty to the estate not to incur adverse liability.

Breach of fiduciary duty by a liquidator

A liquidator is the officer appointed when a company goes into liquidation who has responsibility (a fiduciary duty) in collecting in all of the assets of the company and settling all claims against the company, before putting it into dissolution.

Liquidators have a duty to act in the interests of creditors and contributories generally and as such must exercise a high standard of care and skill. They must always act impartially and independently.

In the same way as a trustee in bankruptcy, a liquidator has a duty to creditors, in addition to his/her duty to the company, to not act in such a way whereby a breach of that duty might cause creditors some loss.

In Re Windsor Steam Coal Co [1929] 1 Ch 151 it was said that: “The liquidator’s misfeasance may consist of negligence in admitting to proof claims against the insolvent estate without making proper inquiry”.

“Where the conduct complained of relates to a decision made on a proof of debt, the court will take account of the duties imposed upon an office-holder to investigate the proof”.

“It has long been the law that an office-holder is under a duty to examine every proof and consider the validity of the debt which is sought to be proved”: Re Home and Colonial Insurance Co [1930] 1 Ch 102.

“He should require satisfactory evidence that the debt on which the proof is founded is a real debt”: Re Fraser, ex parte Central Bank of London [1892] 2 QB 633, CA. “And the obligation is not negated even where the proof is based on a judgment”: Re Van Laun, ex p Chatterton [1907] 2 KB 23, CA“.

Often, in both bankruptcy and company liquidation, the breach of fiduciary duty stems from the office holder accepting proofs of debt against the estate that are not due in truth and reality, causing loss to the general body of creditors, whether negligent or intentional.

Unfortunately, the UK justice system is in such a mess that the courts fail in their duty to protect creditors from insolvency office holders and act with general bias whilst more often than not failing to try the issues in question. In this respect, the trustees and liquidators get a free for all, abusing their positions knowing that they are entirely unregulated.

“Fraud by abuse of position” is defined by Section 4 of the Act as a case where a person occupies a position where they are expected to safeguard the financial interests of another person, and abuses that position; this includes cases where the abuse consisted of an omission rather than an overt act”

Note therefore, that unlike the other offences defined in the Fraud Act 2006, the presence of dishonest intent does not need to be established for the actus reus of the offence to be complete. An omission, or gross failure to perform on one’s duty which causes another to make a gain, or to cause a loss to the party of whom the fiduciary duty is owed completes the offence.

Schedule 10 of the Insolvency Act 1986 lists a number of criminal offences that are generally committed when a trustee, administrative receiver or liquidator fails in his / her duty to perform in tasks prescribed by law in carrying out duties.

Often these insolvency offences overlap with more serious offences, commonly fraud by abuse of position or acts defrauding creditors, which can carry a sentence of up to 7-years imprisonment.

In Keech v Sandford [1726] EWHC J76, the internationally renowned precedent was established insofar as “a trustee may not profiteer through his trusteeship whatsoever”, yet in the unregulated wild west of the UK’s insolvency sector, virtually all private insolvency practitioners are applying grossly inflated, unaccounted costs against the estate of which they owe a fiduciary duty.

In truth and reality, insolvency is being abused by unscrupulous and entirely unregulated practitioners as a license to print money, whilst they gladly profiteer through their role in administration of the estates of which they are appointed. The issue is just that, a complete lack of regulation and accountability throughout the sector.

Our expertise in the sector is unrivaled, with unique ability to get to the issues typically much faster than any law firm, we will help you get justice with our specialist private investigation and both civil and private criminal prosecution capabilities.

If you are experiencing issues with an insolvency practitioner simply complete the form below and a member of our team will be in touch:

Grounds for setting aside a statutory demand or bankruptcy petition

Worth reading...
Accountability in the unregulated wild west of the UK