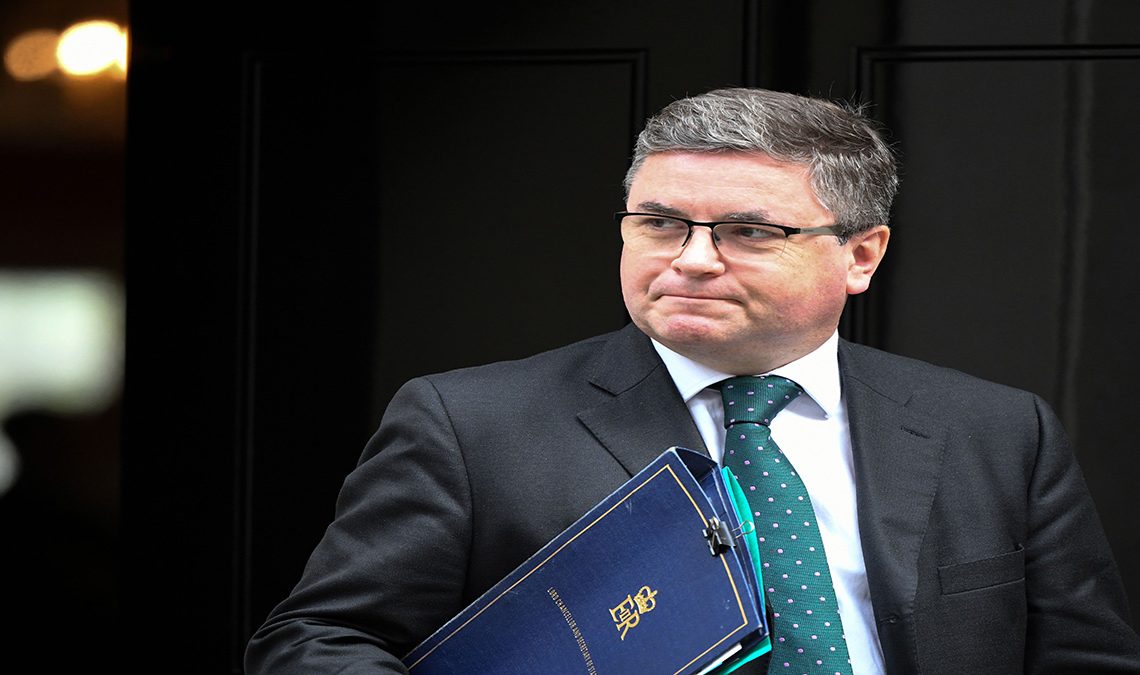 The emphasis has been on the persistent lies by Boris Johnson, but the controlled UK mainstream media have somewhat downplayed the acts by the cheating, dishonest coward, Robert Buckland QC MP, the oath breaker who has been coercing the judiciary to provide impunity to fellow members of his criminal racketeering enterprise disguised as lawyers and judges who have weaponised the UK’s courts into places of gross injustice, fraud and human rights abuse.

Buckland is sworn into office to “maintain the independence of the judiciary” and to “respect the rule of law“, he does precisely the opposite. In our previous article, we addressed where Buckland openly admitted that “it’s ok for the Government to break the law” , a comment that in itself is hardly respecting the rule of law, but in fact is undermining it entirely.

Well, with this shockingly corrupt tyranny, you have no shortage of them, but the one at the helm of the justice system, a system that is supposed to thrive off honesty and respect for the rue of law, shows how far departed from our Constitution this leadership have come. They are violating constitutional rights of the people and our right to be governed justly. It is time to dissolve Parliament. We are being governed by dishonest rule breakers that only act to benefit themselves and their affiliates, they do not respect the law or the will of the people.

Buckland took the following oath on becoming Lord Chancellor, but he breached it before he even started

“I, Robert James Buckland, do swear that in the office of Lord High Chancellor of Great Britain I will respect the rule of law, defend the independence of the judiciary and discharge my duty to ensure the provision of resources for the efficient and effective support of the courts for which I am responsible. So help me God”

In his previous role as Solicitor General, one of the two Law Ministers, Buckland coerced the judiciary to prevent justice being served on fellow members of his legal cabal of white-collar criminals. We have seen categoric proof of Buckland’s malfeasance, where he abused his position to prevent justice being served on one of his buddies he went to Durham Hatfield University with, knowing his buddy was in contempt of court, when it was his duty to prosecute civil contempt.

Cameron handed Buckland the role of Solicitor General to start with, again a case of the Conservative Party kleptocracy “keeping it in the family” without any consideration as to whether one is actually fit for the role. In the case of Buckland, he clearly was not. Prior to his appointment as one of the two Law Ministers of the Attorney General’s Office, Buckland was found guilty of professional misconduct by the Bar (non) Standards Board, the regulator who fails to regulate.

Labour MP Emily Thornberry, shadow Solicitor General said of his appointment: “It makes a mockery of that position to have it occupied by someone who has been found guilty of professional misconduct and who also failed to disclose that to the prime minister.

“The prime minister himself urgently needs to set out what checks, if any, were made into the background of his law officers.” Ms Thornberry was right, but in fact, checks need to be made into the background and fitness for office of all those who occupy positions of trust, because it is indeed proven, that most of them are not worthy, least of all the Prime Minister and his Lord Chancellor.

The fact of the matter is that the principle of nemo judex in causa sua (“I shall not be a judge of my own cause”) is violated in the UK. The Conservative Parliamentary Standards Commissioner fails to regulate and nobody holds the perpetrators to account, so their violations go completely unpunished. It is no coincidence that she also resides as a Director of the Bar Standards Board. Likewise in relation to the UK’s judiciary, they are completely unregulated, so they can violate people’s rights and the law, knowing that they will never be prosecuted. The police don’t police and there is a memorandum of understanding that any complaints against lawyers or judges is referred back to the Law Society / Solicitor’s Regulation Authority or the Judicial Conduct Investigations Office, both of which fail to regulate. The laws are being broken by those in positions of trust on a daily basis, but the laws are never enforced and those that are ultimately tasked with regulating, the Lord Chancellor and the Lord Chief Justice are both unworthy of trust. The UK’s leadership are lying, cheating colluders and, cheating is dishonest.

In February last year, The Times reported that Buckland “misled MPs over crown court cuts“ where it was substantiated that Buckland sought to “downplay the crisis”, again, another act of dishonesty and intent to mislead, but one that directly conflicts with his oath where he undertook to;

To recap, Buckland has coerced the judiciary, bridging the constitutional separation gap that should otherwise be between central government and the judiciary. He has actively and openly spoken of his disrespect of for the law, citing that it is ok for the Government to break it. He himself has been found guilty of professional misconduct and whilst we have seen incontrovertible evidence that Buckland prevented justice being served on his associate in his role as Solicitor General whilst he acted to conceal proven fraud committed by the same parties.

Buckland clearly considers himself above the law and unaccountable

In a number of letters from his constituents, questions were raised in relation to Buckland’s allowance of the Government to openly break international law:

“If you fail to prevent the Government from breaking the rule of law, will you stand by your oath to respect the rule of law, by then considering your own position and resigning from the cabinet? I am sure that your constituents would like to hear from you on this matter”

An open letter to Robert Buckland: I write to you to let you know that I have written to the Swindon Conservative Association to register my outrage over your government’s willingness to rip up international treaties with the publication of the Internal Market Bill on Wednesday.

I also call on you to resign as Secretary of State for Justice as you make a mockery of that role.

We have our own question to Buckland and that is, given that you have breached your oath many times over and that you have effectively perverted the course of justice, when will you be resigning?

Worth reading...
BEIS ministers have been concealing fraud and corruption in the Insolvency Service “delivering economic confidence” for fraudsters