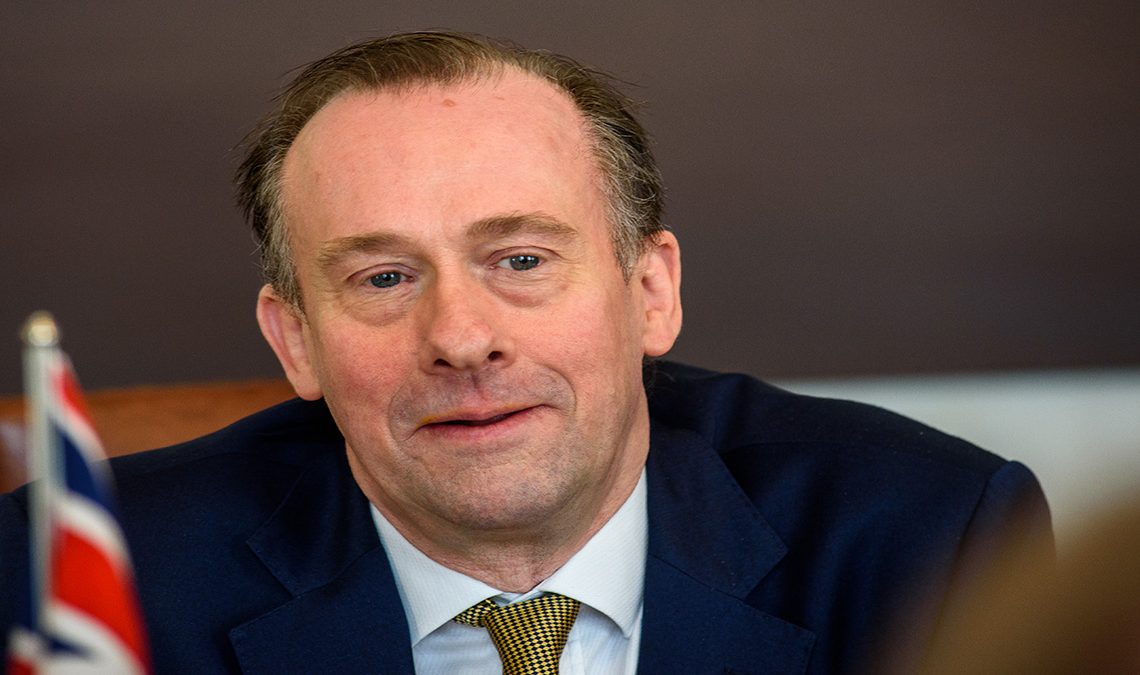 The Department for Business, Energy & Industrial Strategy (“BEIS”) is the ministerial department responsible for the service and ultimate responsibility vests in Lord Martin Callanan, Parliamentary Under Secretary of State. Callanan, from Newcastle has a close affiliation with our targets, Womble Bond Dickinson, a corrupt firm of lawyers also based in Newcastle who are employed by BEIS to advise them on various legal issues. Callanan was Conservative Councillor for Tyne and Wear County Council between 1983 and 1986 and Gateshead Council between 1987 and 1996. He has a long affiliation with various members of the then named Dickinson Dees in Newcastle.

The fact is that Callanan, other BEIS ministers and the Cabinet Office have been concealing fraud and corruption in many different cases

They have been shunning their duties, ignoring hundreds of cries for help by victims of this racketeering enterprise behind the façade of law and justice. One such example is that of Lord Agnew of the Cabinet Office, he read the email and report 99 times, but failed altogether to act in the public interest. They have been concealing, whilst pilfering public funds. We the people pay them to act in a constitutionally proper way and they do not.

Insolvency practitioners, when acting as liquidators, supervisors of voluntary arrangements or trustees in personal bankruptcies, have specific legal obligations to report criminal offences. Sections 7A, 262B, 218(3) and 218(4) of the Insolvency Act 1986 are specific statutory duties to report potential criminal offences to the Secretary of State or the Lord Advocate via the Intelligence & Enforcement Directorate of the Insolvency Service as soon as the facts are known. That never happened with the Insolvency Service, quite on the contrary, they sought to conceal the fraud committed by Womble Bond Dickinson and the BEIS ministers then colluded to ensure that the Court followed suit, a system of inter-agency collusion.

We were shown an email of 26th January 2017, wherein Anthony Campbell, the insolvency examiner acting under instruction of Hannon, the “Official Receiver of London” who has some long track record in the public domain of defrauding creditors and making false statements, said this:

It is clear that on 26th January 2017, the Insolvency Service and in particular Hannon, knew then of the fraud committed against the company, but they were all covering it up. Campbell was referring to the two fraudulent claims that had been admitted by Hannon against the Company when he, as well as Middlesbrough FC and Womble Bond Dickinson, knew the claims they were making were false. We quote also from the same email of 26th January 2017:

Hannon sustained the fraudulent claim ever since, to defraud the creditors of whom he owes a fiduciary duty. Over £4 million of the fraudulent claim was sought pursuant to the conditional Energy Supply Agreement, when no such claim could possibly be established. Their original claim was £256,269.89, it grew to £541,308.89 and then over £4.1 million in less than 3, months, after they refused the connection, preventing the turbine from supplying power.

So brazen the offenders were, clearly knowing that both the corrupt Insolvency Service, under instruction of BEIS ministers, and the court would protect them, Womble Bond Dickinson made that fraudulent claim exactly 24-days after their own instructed counsel, Ulick Staunton, admitted, on Womble Bond Dickinson’s own headed paper, that no claims could be established owing to “Force Majeure”.

The fraudulent £4.1 million claim made by Womble Bond Dickinson

Stating the obvious, by their own barrister’s written admission on 9th January 2017, the proof of debt claims were found to be false by Nugee J on 5th February 2018, but the corrupt Insolvency Service and BEIS retained the fraudulent claim to defraud creditors and to prevent creditors from calling a meeting to replace Hannon, who failed in his reporting duties. We cite the finding of Nugee J and Ms Jones QC on 5th February 2018 in respect of the claims:

They all knew, they were just that, fraudulent claims used to defraud creditors. The formal proof of debt form that Gill of Womble Bond Dickinson used, has a penal notice on it. That is because it is a criminal offence to make false claims to defraud creditors in insolvency proceedings:

Hannon had disposed of the company, after sustaining the fraudulent £4.1 million claim from 2nd February 2017 until 31st March 2020 when he dissolved the company with no notice to creditors whatsoever. He defrauded creditors of over £10 million, being the asset that vested in the Company. Mr Millinder, requisite majority creditor complained to BEIS about Hannon’s conduct consistently from October 2017 onwards, the complaint was evaded and ignored entirely.

On 19th February 2021, we delivered our report to Callanan and all the ministers of BEIS, inviting them for a conference call to discuss why they had allowed the Insolvency Service to defraud creditors. Callanan himself read our emails hundreds of times, but he has been concealing fraud committed by his comrades, Womble Bond Dickinson, who are still employed by the department, paid by the taxpayer.

All of the ministers read the email many times over, along with the report, yet they failed to act in the public interest, knowing that fraud had been committed against creditors.

It is their principal duty to act “according to the law” in the public interest and in accord with the 7-principles of public life, “honesty / accountability / integrity” being 3 of those principles, and yet, with incontrovertible evidence of fraud and corruption in their possession, they “turned a blind eye”

We therefore made a Freedom of Information request, asking them to disclose and make public all of the internal correspondences between BEIS officers, the Insolvency Service and other agencies in respect of our Ministerial Briefing Report and the issues raised.

Our money is on the fact that they have done absolutely nothing, aside from concealing to prevent justice being served on fellow white-collar criminal members of the Conservative kleptocracy of racketeers who have been using the façade of insolvency law and “justice” to defraud many innocent civilians of their assets.

Read our Tweet on the right, containing our Freedom of Information request. You will note the subject line, where we address several high profile cases, including the case of Scot Young and the missing billions after Ms Young was also defrauded in the hands of the corrupt court, the insolvency practitioners and lawyers who were colluding.

British citizens have a constitutional right to be governed justly, under BoJo’s Government that right has been violated in far too many ways.

Over the coming weeks, once the request is delivered we will report on the findings.

Please be sure to like, comment and spread far and wide on social media. There’s a cure for corruption and that most certainly is, transparency.