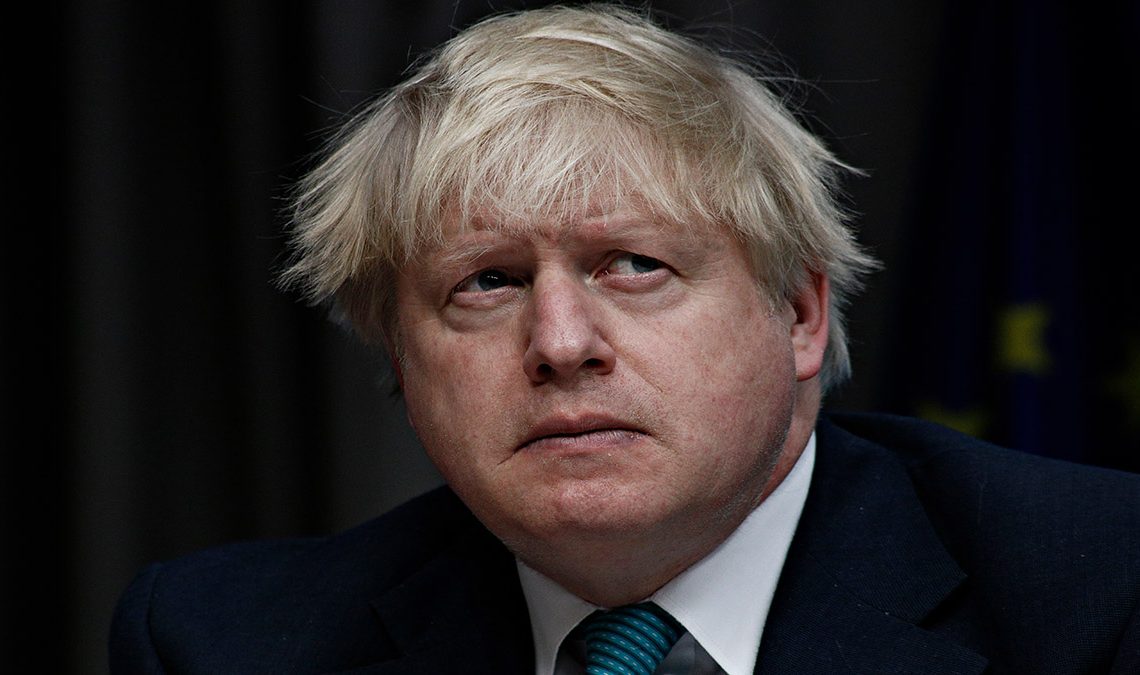 The Conservative Party led by Johnson is a vile kleptocracy responsible for gross human rights violations, breaking international treaties, ignoring political conventions, degrading the rule of law and the constitutional principles that underpin our democratic state. They provide impunity to one another and their affiliates, they have stripped the police and regulatory authorities of funds and they ensure, through a system of inter-agency collusion that the regulators don’t regulate. Magic circle law firms and insolvency practitioners and many corrupt corporations, often large Tory donors, can defraud and go about their practices of asset stripping without fear or retribution. The UK has become the economic crime hub of the world.

Concealment, curbing freedom of the press and lack of transparency

It is embedded in the Ministerial Code that all ministers and public authorities must act in a constitutionally proper way, according to the Nolan Principles, the 7-Principles of Public Life. Providing accountability, transparency and openness is a prerequisite, it is a democratic right of the public to scrutinise all decisions by Government and public authorities. Just 3-weeks ago, The Global Coalition for Transparency and Anti-Corruption has put the UK “under review”, heightening concerns about the government’s commitment to openness, following a series of scandals. The Open Government Partnership cited that the UK had failed to live up to its pledges to improve transparency and accountability. In fact, the concealment, we do know, is far more sinister.

We have made our own investigation, following delivery of our “Ministerial Briefing Report” we sought to address the issues of judicial and regulatory corruption with the ministers themselves. Their response was non-existent, so we made a freedom of information request to inspect all the enquiries they have made following on from our delivery of the report.

Superfluous austerity cuts whilst the kleptocracy line their own pockets

The UK government has inflicted “great misery” on its people with mean-spirited, and often callous austerity policies driven by a political desire to undertake social re-engineering rather than economic necessity, the United Nations poverty envoy has found. Philip Alston, the UN’s rapporteur on extreme poverty and human rights, ended a two-week fact-finding mission to the UK with a stinging declaration that levels of child poverty were “not just a disgrace, but a social calamity and an economic disaster”, even though the UK is the world’s fifth largest economy.    About 14 million people, a fifth of the population, live in poverty and 1.5 million are destitute, being unable to afford basic essentials, citing figures from the Joseph Rowntree Foundation and the Institute for Fiscal Studies.  It is predicted that child poverty could rise by 7 percentage points between 2015 and 2022, possibly up to a rate of 40%.

Only 8% of all criminal offences reported to police result in perpetrators being charged or summonsed to court in England and Wales. People have lost all faith in the ability of police to prevent and detect crime. Over 3/4 of all offences reported are fraud. Police are not interested in fraud and refer all reports to “Action Fraud”, a call center designed only to assist the police by removing their workloads in dealing with the sheer number of reports. HM Inspectorates revealed that police were taking days to respond to emergency 999 calls, citing “rising crime” and pressures on forces by funding cuts and the loss of around 20,000 officers since 2010.

Under Johnson’s Government, the courts have been weaponised, independence of the judiciary is non-existent and one’s right to a fair trial is compromised by virtue of undue political interference. A case of “justice subject to status”. Any corporation or figure associated with the Conservative kleptocracy is shielded from prosecution, whilst their opposition are typically subjected to degrading human rights abuse and denial of remedy.

Over 130,000 preventable deaths could have been avoided were it not for Tory greed, malfeasance and tortuous asset stripping targeting the most vulnerable in the UK’s society

In May 2020 the UN special rapporteur on extreme poverty published a report on the negative impact of austerity based superfluous cuts, combined with social security restructuring, on the rights of disadvantages civilians with disabilities living on low incomes.

The UK has the second highest excess deaths rates and over a million jobs lost due to the establishment’s mismanagement of the pandemic, gross human rights abuse has been inflicted on the people in contravention of international human rights law.

Over the last 5 years UK taxpayer’s funds gifted to 20 of the world’s most corrupt countries has risen by more than a third, to over £1.5 billion. The £400 million aid increase to these corrupt nations came after the 2017Department for International Development (“DFID”) risk register found that there is strong plausibility that funds could be diverted by Islamic extremist groups, yet British aid to Islamic extremist strongholds rose over the 5 years to £193.8 million. Funding to Afghanistan alone increased by 26% to £248.7 million whilst Iraq’s British aid funding doubled to nearly £74 million, with increased subsidies to support the civil wars in Syria and Yemen where there are vast reports of aid shipments being sabotaged and stolen.

The Independent Commission for Aid Impact found that DFID funds are being used to fund corrupt practices abroad. The 2014 report found that the British Government had given more than £1 billion to Ethiopia whilst its security forces tortured, killed and raped innocent civilians.

A “rogue state” is defined as a nation or state that engages in breaking international law, posing a risk to the security of other nations. Under Johnson’s Government, the UK does all those tings and more.

In February last year, the International Court of Justice (ICJ) ruled in an advisory opinion that Britain must end its administration of the Chagos islands and in May 2020 the United Nations General Assembly (UNGA) adopted a resolution, advocating the ICJ ruling whilst demanding that “the UK unconditionally withdraw its colonial administration from the area within six months”.

The UK government ignored the ICJ advisory opinion as well as the call by UNGA. A report by Parliament’s Intelligence and Security Committee in 2018 found that the UK had been complicit in cases of torture of detainees in the so-called “war on terror”. In July 2020, despite lobbying from human rights groups, the government refused to establish a judicial inquiry into UK complicity of the CIA-led torture and secret detention abuses.

In June 2020, the Court of Appeal ruled that ministers had been illegally signing off arms exports without assessing the risk to civilians. The ruling followed a report by a House of Lords committee, concluding that Britain was breaking international law by selling weapons to Saudi Arabia and that it should suspend some export licences immediately.

The Conservative Party kleptocracy are out of control. Exposure, international lobbying, litigation to directly target the perpetrators and simply not voting for them is the cure.