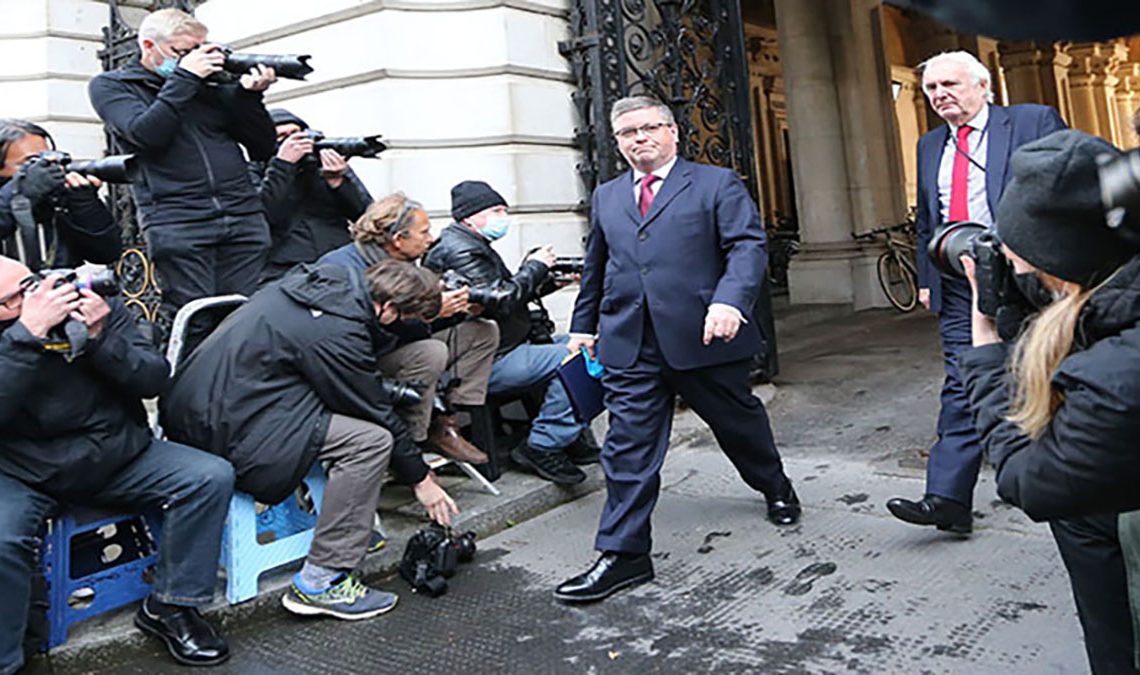 The UK corrupt establishment are the laughingstock of the world and the latest tops it off. In an article produced today by The Guardian, it was publicly cited by the Justice Secretary, Lord Chancellor Robert Buckland QC MP that “There are plenty of times when the government acts unlawfully, but “getting something wrong is not the same as deliberately flouting the law”. Buckland went on to state “what mattered, was that the government did not break the same law twice“. This is the head of the justice system, telling the people it’s ok to break the law, provided it’s not done twice. These lunatics are out of control. When clowns are put in command, it’s no wonder that the place will turn into a circus and this circus is all about ensuring the clowns are protected, whilst everyone else suffers as a result of their blunders.

If you really keep the royal law found in Scripture, “Love your neighbor as yourself,”  you are doing right. But if you show favoritism, you sin and are convicted by the law as lawbreakers.  For whoever keeps the whole law and yet stumbles at just one point is guilty of breaking all of it.

Buckland told Good Morning Britain that “every day cases are brought against the Government about whether it has acted unlawfully“, going on to cite that; “Judging people on their actions is the best way to assess here,” and that “respect for law is the best way to live our lives.”

Buckland himself has shown a complete disrespect for the law, but many times over. He was running to the aid of Matt Hancock, the Health Minister, who was found, earlier on in the week, to have broken the law and to have misled the public, breaching the “vital public function” of transparency over how “vast quantities” of taxpayers’ money was spent. Buckland refused to criticise Hancock over his refusal to apologise for his unlawful behavior. Another prime example of the Conservative kleptocracy holding themselves above the supremacy of the rule of law.

The part that they are all missing, in particular the controlled press, who only publish what the Government will allow them to, is that both Buckland and Hancock have breached the Ministerial Code and their oaths. The oaths that are designed to protect the public from the tyranny that now enshrines the UK’s leadership.

The Promissory Oaths Act 1868 sets out the statutory duty in law of the Lord Chancellor that he has sworn to upload:

“I, Robert James Buckland, do swear that in the office of Lord High Chancellor of Great Britain I will respect the rule of law, defend the independence of the judiciary and discharge my duty to ensure the provision of resources for the efficient and effective support of the courts for which I am responsible. So help me God”

Stating openly that it is ok for the Government to break the law, provided they don’t do it twice, shows complete disrespect and disregard for the rule of law. It is not a case of one law for one and a completely separate set of persecutory laws for anyone outside of the Conservative establishment. Nobody is above the supremacy of the rule of law.

Latin for “ignorance of law excuses no one“

The legal doctrine makes that a person who is unaware of a law may not escape liability for violating that law merely by being unaware. Nobody is considered to be ignorant of the law and if ignorance were an excuse, a person charged with a criminal offense or a subject of a civil lawsuit could claim in defence that one was unaware of the law in question to avoid liability. The law imputes knowledge of all laws to all persons within the jurisdiction no matter how transiently. In this case however, both Ministers, Buckland and Burnett have sworn to act according to the law and both have breached their oaths. The oaths are law, but the laws are not enforced against this Conservative kleptocracy. It is time for that to change. We the people have a duty to preserve the birthright gift of the rule of law, so that our future generations can enjoy the liberties given under the rule of their own laws.

Here, we have the Lord Chancellor, sending a flagrant message to our people that it is ok for the Government to break the law, showing an outright disrespect, in direct contravention of his own oath. In our previous article, we addressed how ministers are abusing the public’s trust, yet they have all breached their oaths and therefore, according to law, they are no longer fit for their roles in public office, but moreover, they are not afforded any role in public or ministerial office, because they have broken the law.

I (name of Member) do solemnly, sincerely, and truly declare and affirm, that I will be faithful and bear true allegiance to Her Majesty Queen Elizabeth, her heirs and successors, according to law.

The leadership lack integrity, the rules are broken, it’s no wonder all they lead has taken such a steep nosedive southwards, the justice system in particular. Buckland has been compromising the independence of the judiciary ever since his days as Solicitor General, now he has taken things to a whole new level, not only compromising the impartiality and independence of the courts and judiciary, but affording the rule of law. Who wants liar leaders?

Worth reading...
The UK establishment are guilty of human rights abuse on a massive scale
error: Alert: All our content is protected - You are prohibited from copying !