The political legal establishment have decimated our Constitution 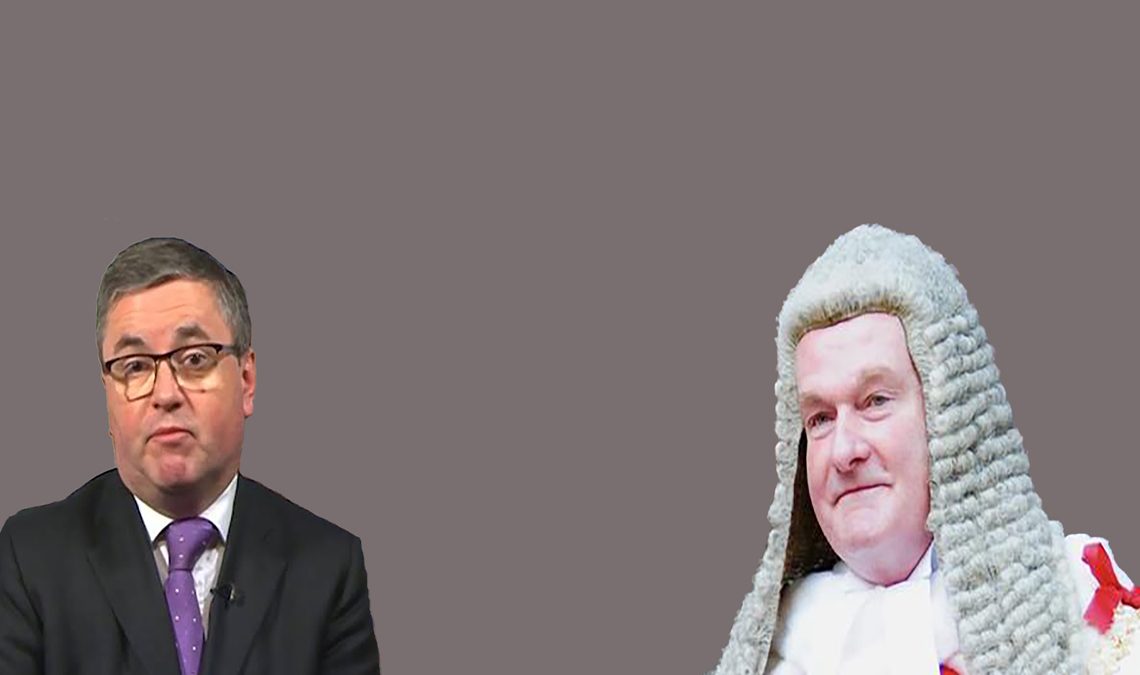 It is the prerequisite duty of all officers under the Crown, ministers, members of Parliament, judges, police and public officers to act in a constitutionally proper way in the exercise of their duties. That duty includes the responsibility to act according to the Nolan Principles, the 7 principles of public life, to conduct themselves in a way that is at all times compatible with those principles, namely, selflessness, integrity, objectivity, accountability, openness, honesty and leadership. Those principles apply to all those in other sectors that deliver public services and those principles are designed to prevent the public from abuse from public authorities and their officers.

The fundamental issue founding all of the corruption we are experiencing is the fact that the leadership lack ethics, morals and integrity. It is, for that reason, all they lead has slipped so far southwards. Rules are bent, standards are not enforced, and a culture of inter-agency corruption prevails.

“The rule of law is not negotiable”

The justice system is the worst, it is run by white-collar criminals who collude to provide impunity to fellow members of their cabal. The fact of the matter is, taking it all back to basics, undue political interference is the driver of the UK’s out of control judicial corruption and that interference runs rife not only throughout the courts, but through the police and regulatory authorities. A complex system of inter-agency communication ensures that secrecy and concealment is maintained and that fellow members of the racketeering enterprise or political party affiliates are provided with impunity.

When talking of the Government’s breach of EU law respective of Brexit last year, Simon Davis, president of the Law Society commented that “The rule of law is not negotiable. Our commitment to the rule of law is key to attracting international business to the UK and to maintaining faith in our justice system”

The Lord Chancellor, Minister of the UK’s justice system, Buckland, is entirely dishonourable. In 2008, prior to Buckland becoming MP for Swindon South, he requested case notes from an earlier criminal trial knowing he was not entitled to them. In 2011 Buckland faced a tribunal by the ruling body for barristers, but of course, whilst finding wrongdoing and a breach of the code of conduct for barristers, the Bar Standards Board failed to regulate, as they consistently do.

On 14th September 2020 a number of Conservative MPs voted to break the law, in breach of Article III.5 of their Code of Conduct. Those that did, breached their oaths, yet the Commissioner for Standards, a Conservative Party member, again failed to regulate.

The oath of the Lord Chancellor is that:

“I, , do swear that in the office of Lord High Chancellor of Great Britain I will respect the rule of law, defend the independence of the judiciary and discharge my duty to ensure the provision of resources for the efficient and effective support of the courts for which I am responsible.

It is the Lord Chief Justice, the Lord Chancellor and the Attorney General’s Office themselves who have been coercing the judiciary to effectively prevent justice from being served on fellow members of the Conservative Party cabal. Those parties are in breach of their oaths and those that breach their oaths are afforded no place in public office. Why are they still there? Because the leadership are corrupt and they have no respect for our Constitution, the rule of law nor the will of the people. It is all about “justice subject to status”, not what you know but who you know and who you are affiliated with. The Conservative kleptocracy and their affiliates are provided with impunity, whilst everyone else is punished.

We have the best laws in the world, the issue is with those that are leading the show and those that administer the laws that are the problem. The impartiality of justice is grossly compromised, primarily, due to this inter-agency collusion and undue political interference.

The constitutional oaths of office are set out in the Promissory Oaths Act 1868, it is those oaths that are law today, law that is designed to protect civilians from tyranny. The problem is, that there is no regulation and when an office holder breaks their oath, nobody enforces the standards. The Judicial Conduct Investigations Office is a sham, run by the corruptors themselves, Buckland and Burnett and is designed only to provide impunity to fellow members of their racketeering enterprise. Judges that act in a way contrary to their oaths are allowed to carry on being judges without being reprimanded.

The Solicitors Regulation Authority, the Bar Standards Board, the Bar Council and the Law Society are common purpose entitles designed only to shield corrupt lawyers from prosecution. The Financial Conduct Authority is a blundering sham entity with a protracted record of failure to protect the public from dodgy operators. The police have become soldiers to the kleptocracy and the courts don’t do justice, they act, for the most part, with favour and ill-will.

It is now time for we the people to restore order, for a judge that breaches his oath is no longer a judge and the same principle apples with all of these traitor public officials who wilfully fail in duty. Those that do, no longer have authority, yet, due to the shockingly corrupt system, they remain at large, to inflict harm on civilians they come into contact with. The establishment has taken the great out of Britain, it is us the people that can make the difference, don’t vote for them, they are not worthy of a vote. It is time for the people to vote for change, out with the corrupt establishment, on both sides of the fence.

The time has come to establish a new party, a party for the people, who will act with integrity and lead our country into better times.

The supremacy of the rule of law is our birthright gift, we must defend it

The rule of the laws of the United Kingdom are custom that determine that we have as a “birthright”, our liberty and the right to enforce and act according to our laws are all the prerequisite duty of public office to uphold and maintain. This is sworn to be upheld by those taking up any office under the Crown. You, us and every man and woman in the United Kingdom all have the responsibility of preserving this birthright gift, so that in turn, every future generation may benefit from and enjoy this liberty under the rule of their laws.

The principles of our constitution and the rule of the laws of the United Kingdom are fundamentally self-preserving, they do not allow provision for diminishment or destruction. The Act of Settlement (12 & 13 Wi. 111. c.2) affirms that the laws of England are the birthright of the people thereof and all the kings and queens who shall ascend the throne of this realm ought to administer the Government of the same, according to said laws and all of their officers and ministers ought to serve them respectively according to the same.

The Promissory Oaths Act 1868 is law today, designed to protect civilians from tyranny and abuse of power. The problem is, that the tyrants in power these days breach their oaths on a wholesale basis, yet the regulators fail to regulate and the courts and police they control protect them from prosecution.

Tyranny prevails, the supremacy of the rule of law and the principles of natural justice is being subverted by the establishment.

It is the primary objective of Intelligence UK to restore the rule of law that underpins the UK democracy, to take direct action against the perpetrators where the complicit law enforcement agencies are failing in their duty to do so and to defend our constitutional principles that underpin every democratic society, for the good of our country and our future generations.

We are collating intelligence on the Insolvency Service, the unconstitutional sham, unaccountable entity that purports to act in the interests of creditors and in the public interest but do not. We have wide ranging expertise in insolvency law and we are interested in hearing from anyone that has been affected. – Read more..