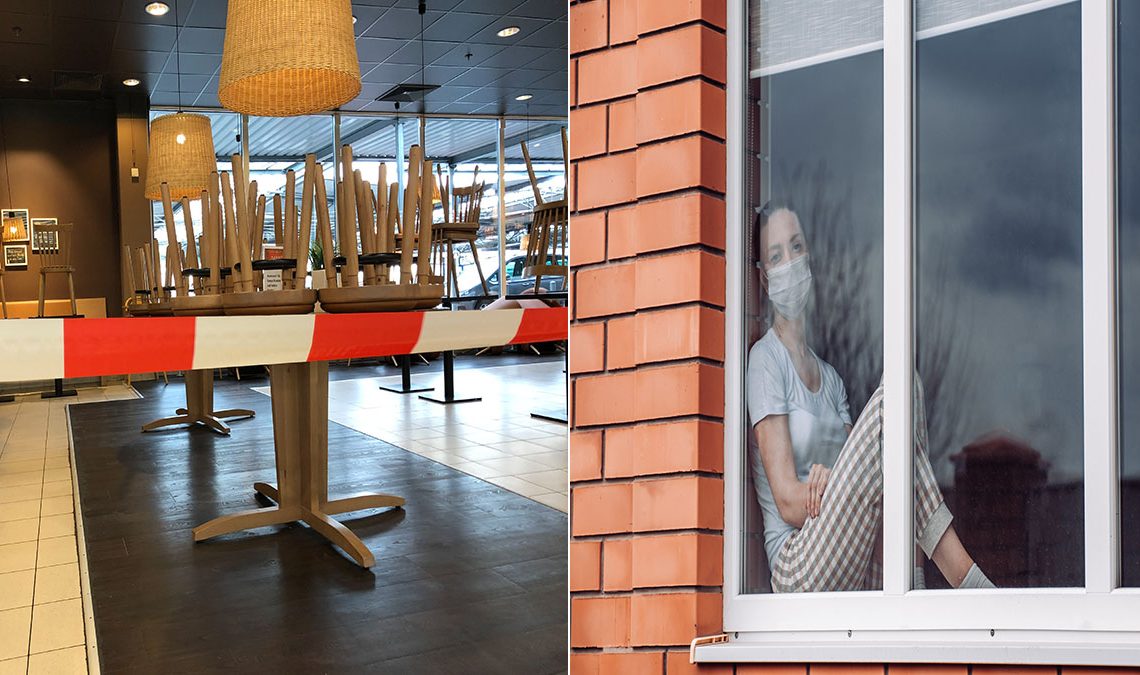 The controlled mainstream media dominate months of news with the same monotonous corona centric doom and gloom, yet none have once independently and exhaustively evaluated the facts, the statistics and the scientific evidence which tells an entirely different story.

The Conservative kleptocracy has been milking this corona pandemic, over egging the position substantially and most definitely, ill-considered solution is more damaging to the people than the cause.

In a landmark decision a Judge sitting in the Court in Weimar, Germany, a City seeking hundreds of thousands protesting the lockdowns, has ruled that the Government has violated the “inviolably guaranteed human dignity” under basic German law.    We are hopeful that the decision would at least pave the way for our Courts to start following suit, for it is they who are after all, the frontrunners in protecting the public from tyranny and unconstitutional law.

The Judge cited that the lockdowns are deemed incompatible with the country’s Constitution, condemning the restrictions and limitations on public and private gatherings limiting private gatherings to members of the same household.   The accused was acquitted and relieved of the need to pay a fine of 200 euros ($243).

The judgment cited that the Government had no sufficient grounds to impose the restrictions as there was to “epidemic situation of national importance”, declaring the lockdowns a “catastrophically wrong political decision with dramatic consequences for almost all areas of people’s lives.”

The UK Conservative Government has decimated our Constitution, ruinating the rule of law and eroding our basic human rights – Is it all legal?

Courts have the power to declare that any particular law is incompatible with the rights and freedoms conferred in the European Convention on Human Rights and same applies with the international declaration on human rights. However Human Rights Act 1998 allows only for the courts to declare legislation to be incompatible with the Convention rights, rather than a power to change the law.

On 27th September 2019 that Supreme Court ruled that the Prime Minister’s advice to Her Majesty to prorogation of Parliament was unlawful, void and of no effect. This means that the Order in Council to which it led was also unlawful, void and of no effect and should be quashed. The ruling exposed substantial differences over interpreting the country’s unwritten constitution, but what about the written Constitution and international law?     We take a look at the detail.

The 8 principles of the rule of law:

1.  The Accessibility of the Law: The law must be accessible and so far as possible intelligible, clear and predictable.

2.  Law not Discretion: Questions of legal right and liability should ordinarily be resolved by application of the law and not the exercise of discretion.

3.  Equality before the Law: The laws of the land should apply equally to all, save to the extent that objective differences justify differentiation.

4.  The Exercise of Power: Ministers and public officers at all levels must exercise the powers conferred on them in good faith, fairly, for the purpose for which the powers were conferred, without exceeding the limits of such powers and not unreasonably.

6.  Dispute Resolution: Means must be provided for resolving, without prohibitive cost or inordinate delay, bona fide civil disputes which the parties themselves are unable to resolve.

7.  A Fair Trial: Adjudicative procedures provided by the state should be fair.

8.  The Rule of Law in the International Legal Order: The rule of law requires compliance by the state with its obligations in international law as in national law.

The key points underpinning the rule of law being that the State complies with its obligations in international law and this correlates specifically with the Universal Declaration of Human Rights, setting out the fundamental human rights to be universally protected.

In respect of the international law, there are obvious incompatibilities.   Article 8 sets out that;

In many respects, not just around the corona lockdowns, that has certainly not been happening in the UK, fundamentally, due to political interference with our courts and judiciary.

Article 10 sets out that;

Article 20(1) most certainly conflicts with the way that the Government have deployed police to use force to disrupt the people’s right to peaceful protest:

“(1) Everyone has the right to freedom of peaceful assembly and association.

(2) No one may be compelled to belong to an association”

Article 13 set out that:

Everyone has the right to freedom of movement and residence within the borders of each state.

Everyone has the right to leave any country, including his own, and to return to his country.

The sticking point is necessity:

The key part is that does the Government have a scientific basis to impose restraints on one’s right to freedom of movement whilst keeping fit and healthy people prisoner in their own homes?

The answer is, no, they absolutely do not.  There is no scientific evidence to suggest that lockdowns are any more effective in curbing the spread of coronavirus than allowing people to move freely, donning masks and going about their business as normal.

It is our steadfast opinion therefore that the UK Government are guilty of gross human rights violations constituting oppressive tyranny causing billions of pounds of damage to our economy, destroying small businesses and directly causing deaths of hundreds of thousands through maladministration and deprivation of access to vital healthcare.

It is time for the people to fight back, bungling BoJo and his Conservative kleptocracy have caused too much damage, now we the people must hold them to account.

Worth reading...
INVESTIGATION: 5G health and ecological implications – is it all being overlooked? what are the risks?
error: Alert: All our content is protected - You are prohibited from copying !