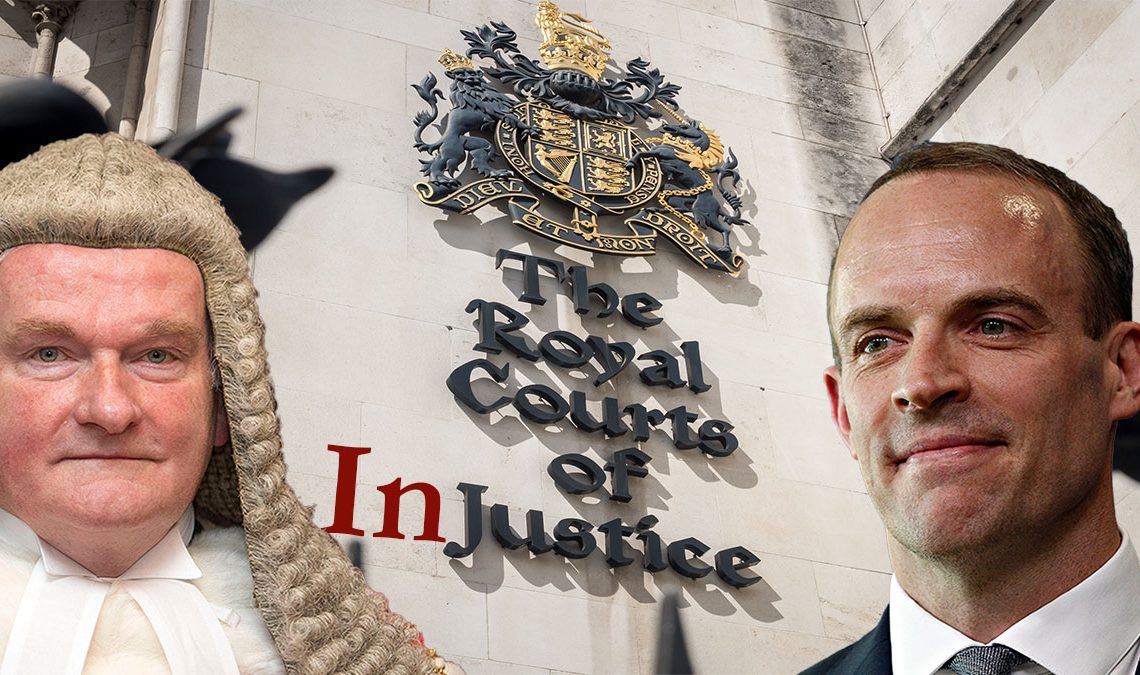 Insolvency law, with its primary function to recover assets for creditors, is being fraudulently maladministered on a wholesale basis by the corrupt UK administration to procure unfair pecuniary advantage by deception.   In other words, fraud by judicial abuse of position.

The reader may download our 1st December 2022 report for personal informational purposes only.

“OPERATION UKJ” is the investigation commissioned by Intelligence UK International into judicial corruption and fraud against creditors in proceedings under the Insolvency Act 1986 (“IR 1986”) & the accompanying Insolvency (England & Wales) Rules 2016 (“IR 2016”).   The reader may download and use the report for information purposes only.

We investigated several high-profile insolvency cases, the victims were all creditors of their opposition, with each case originating due to the victim being defrauded of a statutory right, the right of insolvency set off. (See: section 323 IA 1896 – bankruptcy & rule 14.25 IR 2016 – corporate insolvency), by the judges themselves.

Millinder, majority creditor of two insolvent companies, was unlawfully branded a “vexatious litigant” which essentially means his applications have no discernable basis in law.

A permanent “all proceedings restraint order” was deployed, without lawful jurisdiction, to conceal criminal offending and fraud.  Millinder was defrauded of over £10 million.

Millinder’s applications merely sought to remove and have set off those claims, as law intended, when law intended they were to have been set off first, and the balance remaining to Millinder’s companies, was to be mandatorily paid as dividends. Criminal property was concealed by the Law Ministers & judges themselves. (See: section 340 & section 327(1) PoCA 2002).

On 19 August 2015 Empowering Wind MFC Ltd (“EW”), Millinder’s sole purpose development company had an indefensible quantified claim against the Club for unlawful forfeiture of the wind turbine lease in the sum of £9,231,096, net of aggravated damages and consequential loss.

The Supreme Court in Bresco Electrical [2020] determined that the duty to apply set off of claims applies also to “future debts”:

“the statutory regime for set-off in insolvency, now to be found in IR 14.25 operates upon an altogether more comprehensive and rigorous basis. First, it applies to every type of pre-liquidation mutual dealing, and also to secured, contingent and future debts”

Rule 14.25(1) & 14.25(2) confers a mandatory statutory duty on the Court in administration of due process to apply insolvency set off, which takes effect from presentation of a winding up petition (commencement of the insolvency process).   Set off must be first accounted for, with claims due from a creditor, or one claiming to prove, set off against the claims owed by the creditor to the company.    Only after application of set off can a creditor go on to prove in the petition / against the insolvent company (rule 14.25(3).  If, after set off, a balance is owed to the company, law determines that the balance must be paid to the liquidator as part of the assets (rule 14.25(4) and rule 14.25 is:

We evidence proven criminal fraud and concealment by the judiciary, the Law Ministers and public officials on an epic scale.

Statement of facts – The Millinder case

Paul Millinder (“Millinder“) a renewable energy developer, was defrauded and oppressively denied remedy by the corrupt English establishment of judges and Tory ministers who embarked upon a malicious campaign to discredit and defame him, designed to detract away from serious fraud perpetrated by those judges themselves.

Insolvency law was fraudulently maladministered by the corrupt judiciary to defraud Millinder. A cover up ensued, to prevent justice being served on the Tory owned Club, Middlesbrough FC and their lawyers, who conspired with the Official Receiver of London, installed as liquidator, to defraud Millinder.

Behind the plethora of malicious falsehoods contained in publicly announced judgments designed to conceal, and biased articles by the Law Gazette is the truth, the evidence, the facts and the law.

People naturally consider the decisions of the courts are lawful and correct. Justice is supposed to be seen to be done and law is to be seen to be applied.  In this case, we prove that the courts and judges in the UK cannot be trusted to do either.  They did their best to ensure it was concealed.

Worth reading...
Truss and Rees Mogg: The Death of British Democracy