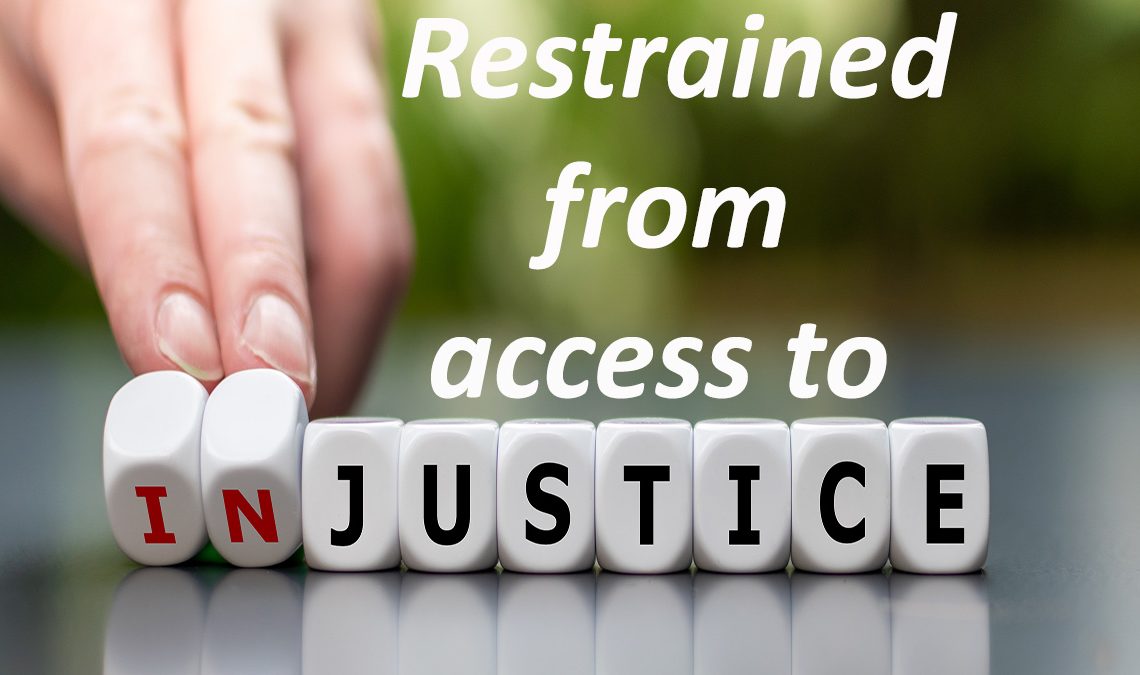 One of the many corrupt practices deployed by the UK judiciary who are controlled by the Conservative Party kleptocracy is the misuse of the law around civil restraint orders that are designed to protect court resources and plaintiffs from genuinely vexatious litigants. The law around civil restraint orders conferred in Practice Direction 3C of the Civil Procedure Rules (“CPR”) has been weaponised as a means of dishonest concealment, to suppress and prevent a litigant from his / her right of access to justice or the right to a fair trial.

Often the judge allocated to the restraint order consistently fails to address the merits of the victim’s claim or application, unjustly and often deliberately, refusing permission to bring proceedings to enable the restraint order which is deployed solely deprive the victim of the right of restitution and access to the courts.

Likewise, there is widespread misuse of insolvency legislation wherein unscrupulous lawyers the corporations they act for and insolvency practitioners have been “reverse engineering” the law that is designed principally to recover assets for creditors of insolvent estates as the means of defrauding and asset stripping. On a similar note, Intelligence UK has investigated a number of cases where corporate and personal insolvency is being used to unlawfully deprive civilians from their democratic rights in law. Insolvency is being used to take away one’s standing to advance a claim for wrongdoing. Often the wrongdoers force insolvency upon their victims, so that the right of action, the claim or application the victim is wishing to progress, is suppressed. The tight to bring an action after making the insolvency order lays with the office holder in insolvency, rather than with the victim of the abuse. We have seen many cases where a combination of unlawful insolvency and civil restraint orders are deployed to fetter the victim’s right of access to justice, to conceal and to pervert the course of justice. The conduct constitutes gross human rights violations and is more widespread than most realise.

The meaning of totally without merit

The Court of Appeal in Wasif v Secretary of State for Home Department [2016] defined the meaning of “TWM”, meaning essentially that the case is “hopeless” and is no more or less than bound to fail. In those instances, the application or claim can be certified as “TWM”. The problem is however, that the compromised judiciary are widely misusing the law, certifying applications and claims that are proven or that have a reasonable prospect of success as “TWM” with totally no consideration whatsoever.

It is ultra-vires (meaning beyond one’s powers) for the inferior court to make any decision that substantially undermines or conflicts with the ruling of the superior court. Doing so undermines the judicial hierarchy / level of courts. Many judges in the UK however, have been failing to follow the inescapable criteria set out in Wasif by the Court of Appeal when considering certification as “TWM”. To summarise, we extracted the criteria from the judgment accordingly below:

The criteria any judge must consider prior to certifying as TWM

2. No judge should certify an application as “totally without merit” unless he or she is: “confident after careful consideration that the case truly is bound to fail. He or she will no doubt have in mind the seriousness of the issue and the consequence of his decision in the particular case.” (per Maurice Kay LJ in Grace).

3. A case should only be certified where the judge is satisfied that a hearing could serve no purpose in allowing the claimant to address perceived weaknesses or omissions in the case.

4. As a “thought-experiment” it may assist a judge to consider whether he or she can conceive of a judicial colleague taking a different view on the granting of permission.

5. Where a judge suspects that there may be an arguable claim, even if the point in question has not been pleaded properly or at all, then it should not be certified as “totally without merit”.

7. Where a claim is certified as “totally without merit” then “peculiar care must be taken to ensure that all the arguments raised in the grounds are properly addressed” when the judge gives reasons for coming to his or her decision. Separate reasons should be given for the certification (as opposed to the refusal of permission), even if those separate reasons rest on what has been said previously. The reasoning need not be lengthy, but it should be structured.

Intelligence UK has discovered that in many cases, the judges are failing to apply this criteria and the “TWM” certification is being abused to create civil restraint orders under false pretence, leading to injustice and human rights abuse, prejudicing one’s constitutional right of access to justice and often for reasons far more sinister, such as concealment of wrongdoings in one form or another.

The Government publishes a list of people that have been made subject to “Extended Civil Restraint Orders” or “General Civil Restraint Orders”, but strangely, does not publish the list of limited civil restraint orders. 140 people are currently subject to ECROs and the number being made is increasing at quite an alarming rate. It is our view that over half of those ECROs have been made improperly or for sinister purpose of dishonest concealment.

If you have been made subject to a restraint order and you consider you have been unfairly treated, or you know anyone that has, please get in touch with us by email with particulars, we may be able to help. We are currently investigating widespread abuse of the law in this regard and may commence a class action claim against HMCTS, the Lord Chancellor and the Ministry of Justice for gross human rights violations founded by this form of legal abuse. Please email; info@intelligenceuk.com

Grounds for setting aside a statutory demand or bankruptcy petition