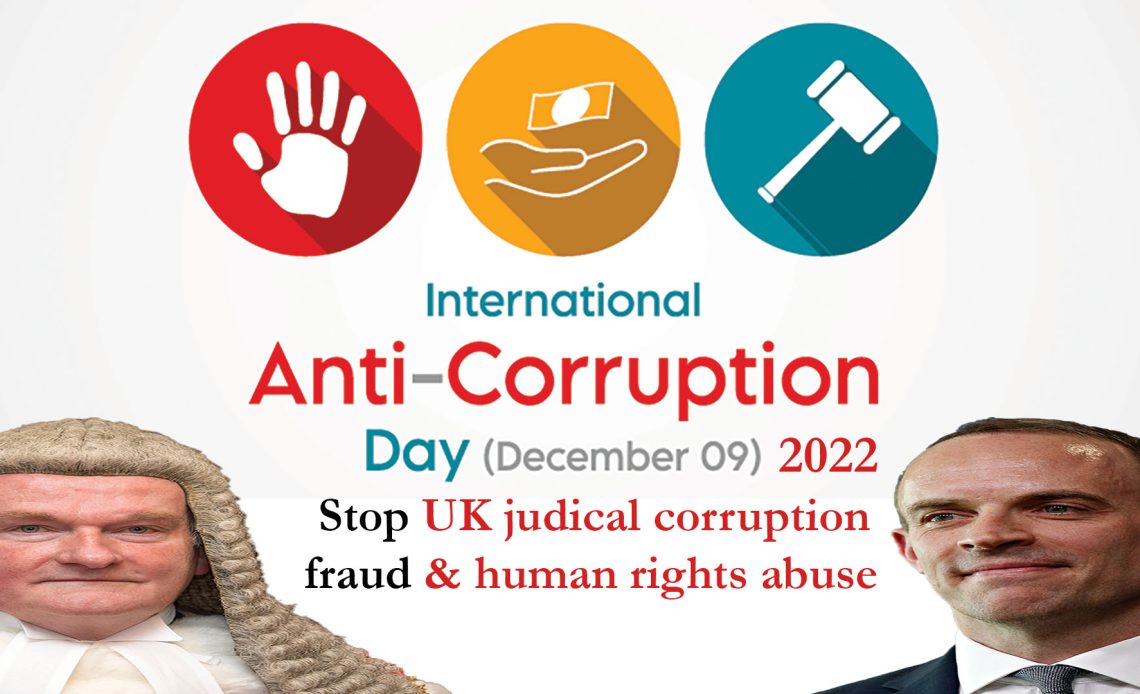 The 2022 United Nations International Anti-Corruption Day (“IACD”) seeks to highlight the crucial link between anti-corruption and peace, security, and development. At its core is the notion that tackling this crime is the right and responsibility of everyone, and that only through cooperation and the involvement of each and every person and institution can we overcome the negative impact of this crime.

States, government officials, civil servants, law enforcement officers, media representatives, the private sector, civil society, academia, the public and youth alike all have a role to play in uniting the world against corruption.

Two extremely serious corruption cases have been covered up by the political, judicial and regulatory establishment, both of which entail fraud by abuse of position by insolvency office holders who have been provided impunity.

Yesterday was the 8th anniversary of Scot Young’s death when on 8th December 2014, the entrepreneur was found impaled on the railings in Marylebone, London.

Scot placed his trust in the wrong parties, and after concealing his family’s vast wealth in offshore vehicles to evade paying Michelle during costly divorce proceedings, Jones, who has this month been jailed for 12-years for an unrelated fraud, had lasting power of attorney over Scot’s estate.

The common synergy with both cases is that the judiciary were complicit, facilitating the fraud by failing to administer mandatory law of due process.

Michelle was defrauded of her rights as requisite majority creditor and of her £26.6 million judgment, which now equates to over £45 million including standard interest from the date of the judgment.

In abuse of position, in conspiracy, the Joint Trustees and their lawyer colluded with the corrupt judiciary to bankrupt Michelle when mandatory law, had it been applied, affirms there was no debt on which the bankruptcy petition was based.

The position was precisely the same in the Millinder case, claims vested in both companies extinguished any claim that the Club could bring, so the corrupt judiciary failed to apply the law.

Millinder, a wind farm developer was defrauded of the right to “construct, connect to the grid and operate” what was to be “Europe’s first wind powered football stadium”, when the Club blackmailed Millinder and his firm, and then refused the connection, leaving millions in loss.

Over £10 million in criminal property which was to be mandatorily paid to Millinder and his fellow creditors.

Millinder sought to rely on insolvency law to gain recovery of his assets as requisite majority creditor.

The corrupt judiciary “stepped into the shoes” of the Club, a serious criminal conspiracy ensued, over 60 criminal offences were committed.

The Official Receiver of London was installed as liquidator, who fraudulently abused his position to prevent justice being served on the Club and their lawyers.

15 judges acted in conspiracy to defraud Millinder of his statutory rights, then concealing criminal property (proceeds of crime) by branding Millinder a “vexatious litigant” for challenging their fraud.

Worth reading...
The inglorious career of Cressida Dick